As in America, the topic of race in Spain is a complex one. Black In Spain tackles this complex subject with thorough analysis, rich insight and humor from the perspective of a black American woman living and teaching in Spain. In this series of essays, the author offers firsthand accounts of her experience navigating the intersection of race, culture and color in a foreign country, all while sorting through the challenges presented by expat life.

In each essay, the author invites the reader to experience intimate glimpses of real-life moments that shock, confuse or reveal culturally-specific nuances about race and racial identity. The result is a concise and first-of-its-kind comparison of black life in Spain versus the US.

in eBook and Paperback

I sensed there was something a bit strange about the fellow when he sat at the communal table where I was seated. Something about his constant fidgeting and frequent sighing caused my spidey-senses to tingle. But I still wasn’t quite prepared for the interaction that was about to unfold.

“Hola,” he half-whispered.
I whispered a greeting in reply, “Hola,” then attempted to turn my attention back to my laptop. He didn’t take the hint.
“Eres Dominicana?”
‘Ah, well,’ I thought. The library was getting ready to close for the evening, so I guess I should start wrapping up my work anyway. There’s no harm in engaging this dude in a little small talk.
“No. Americana.”
“Pero, AmericanaAmericana?”
Uh, yeah, homey. From the grand ol’ US of A, born and raised.
By now, I was just trying to think of a way to politely end the conversation with this guy so I could go on about my business. My spidey-senses were tingling even stronger now. Something about the way he was looking at me – like a sickly wolf in need of a quick meal – made me want to exit this scene immediately.
“Eres muy guapaaa…” creepy library dude continued.
I issued a curt, “Gracias.”
“Can I have your phone number?”
Wait. What? That just came out of nowhere.
“Noooo,” I resisted. “I have a boyfriend.”
“Here in Spain?”
“Yes,” I lied. “He lives in Madrid.”
“Ohhhh…” creepy guy replied, despondently.
Ok. I thought. That should shut this dude down. I was sadly mistaken.
“Tienes Facebook?” At this, creepy dude stood up and walked around to my side of the table where, by chance, I had my Facebook account pulled up on my screen.
“Uhhh, si.” I muttered awkwardly. Momentarily taken aback by the sudden proximity of this guy.
“Send me a friend request,” he urged, and began spelling his name for me to look him up on the social media site. 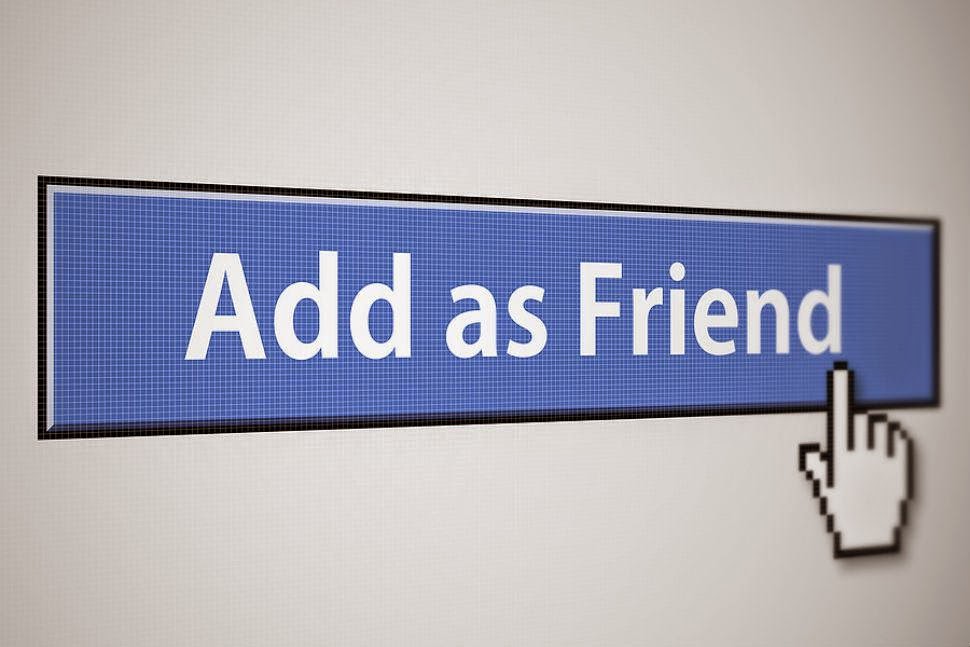 Thinking I could just send the request and cancel it later, and that this would be the quickest way to get rid of this guy, I typed in his name and clicked the ‘Add Friend’ button.
Instead of just returning to his seat, creepy library guy decided to up the creep factor to 10.
“Can I have a kiss?”
Ok. That’s it dude. I’m done being nice.
I scowled back at him, “No!”
“Why not? Your boyfriend won’t see!”
Is this dude serious? We are in the middle of the public library and he’s doing this sh*t!? I felt my face begin to grow hot with anger. God, I wish I knew how to effortlessly cuss someone out in Spanish. In the midst of my mounting rage, I make a silent side-note to brush up on my Spanish swear words and phrases.
Instead of cussing, I give him a look that needs no translation. My left eyebrow sharply raised, my right eye squinting at him like he might actually be insane, my nose wrinkled up like I can literally smell the BS he’s dishing out, and the corners of my mouth pulling downward into a mama-don’t-take-no-mess frown. In any language, this face means, “Look MF, if you don’t back away from me quick fast and in a hurry, I’m gonna smack the taste out of your mouth.”
Message delivered.
Creepy library dude backs away and returns to the other side of the table with a sheepish grin on his face. “Lo siento, Lo siento,” he whispers and begins gathering his things to make his exit. After all his stuff is in hand, he turns to leave, but not before whispering, “Hasta luego.”
I issue a grunt and another scowl in reply.
That uncomfortable moment over, I realize that the library is going to be closing in only a few more minutes. Not wanting to chance running into this creepy guy outside of the library, I wait until the last possible moment to pack up my things and leave. But before I do, I return to Facebook and click the link.
Cancel Request.
Subscribe to Solo in Spain to get the latest posts delivered to your email inbox or RSS reader.