After a full morning of window shopping in the commercial district of Ciudad Real, I needed a bite to eat. Cafe Quijote, with its green neon sign, beckoned. The place was pleasantly packed with a mostly older, well-heeled crowd – a good sign, I thought. Plus, if you’re gonna name yourself after the region’s most famous person, you’d better be good, right? Right. I’m goin’ in.

I slide up to the bar, slyly eyeing other people’s plates and the selection of tapas on display under the glass. When the bartender approaches, I point to my neighbor’s half-eaten plate of food.

“What’s that?”
“Champinoñes” he replies.
“Si,” I respond, giving him the go ahead to serve me up some of that.

Moments later, he places a small plate in front of me filled with thick, garlicky slices of ‘shrooms accented with little slivers of bacon and red pepper in an olive oil-based sauce. It’s a lovely few mouthfuls of meaty, savory, umaminess.

Alright, Cafe Quijote, well done. What else ya got? As I order my next caña, I ask the bartender what he thinks their best tapa is. He smiles and nods, and tells me he’ll bring me something he think I’ll like. A short while later, out comes… migas. Uh-oh, I think. Migas can be a hit-or-miss dish for me. It’s so simple, so good ingredients and good seasonings are absolutely necessary. Cafe Quijote obviously knows this. Their version of tapas is well seasoned, and comes with a ‘huevo roto’ on top. The addition of the egg takes this rather pedestrian dish to another level. The egg helps to moisten the otherwise dry breadcrumbs, and the savory, slightly spicy chorizo (which they didn’t skimp on), plus the little bits of sauteed garlic added so much flavor. This is definitely the best version of migas I’ve ever had.

I didn’t have any room left for other tapas that day, but I was impressed with the ones I saw on display. Each one was artfully presented in a martini-style glass, with elaborate garnishes on top. More than I expected from a place that doesn’t look as fancy as some of the other places in downtown Ciudad Real. 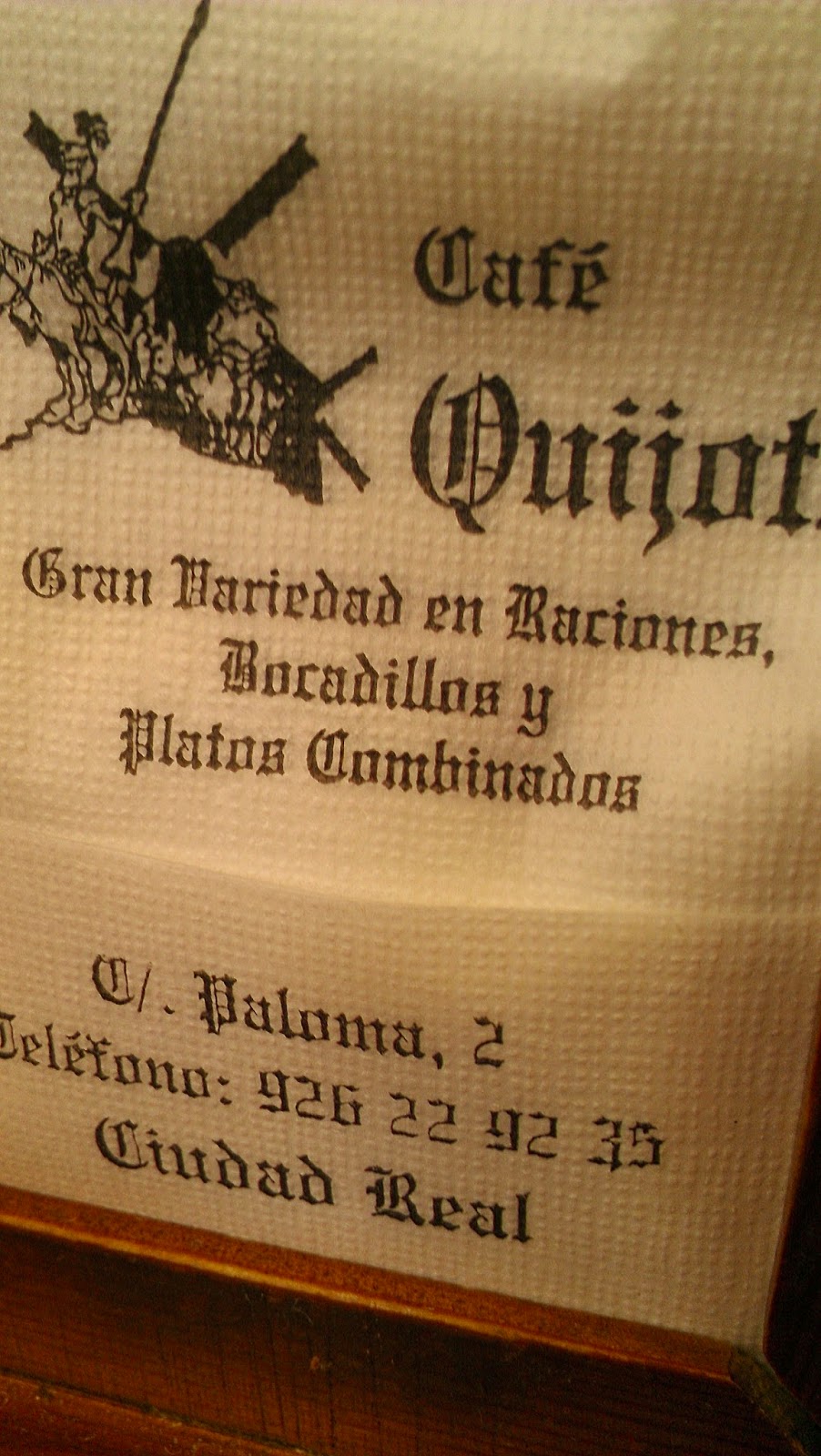 My Rating:  Cheap beer, better than average tapas. A must-visit for the best migas tapa in Ciudad Real.