As I mentioned in an earlier post, I’ve been surprisingly underwhelmed by the food here in Spain. Before coming here, I imagined that I’d be in absolute gastronmic glee over all of the delicious food available. Not exactly the case. But still, I’ve had some delicious and some very inspiring experiences with food that are definitely worth sharing.

Tapas
The Spanish are best known for tapas. They invented the whole concept of small plates eaten / shared with friends over rounds of drinks. They’ve even made a verb to express the act of having tapas – tapear. Almost every Spanish restaurant offers a selection of tapas along with larger portions called raciones. However, there are two things that have left me feeling lackluster about the whole tapas experience: 1) every restaurant generally has the exact same selection of tapas (oh, look, they have croquetas!), and 2) none of them are prepared exceptionally well. They’re not bad, mind you, but compared to my hyped-up expectations, they’re not that great. Yet, thankfully, there have been exceptions:

In Sevilla, La Morena de Andalucia (aka, Dominique) showed me her favorite tapas restaurant, Duo. Located on the Alameda de Hercules, this little bar serves up some more creative twists on traditional Spanish tapas. The higher quality of the ingredients is noticeable as well. So far, this ranks as my #1 restaurant meal in Spain. 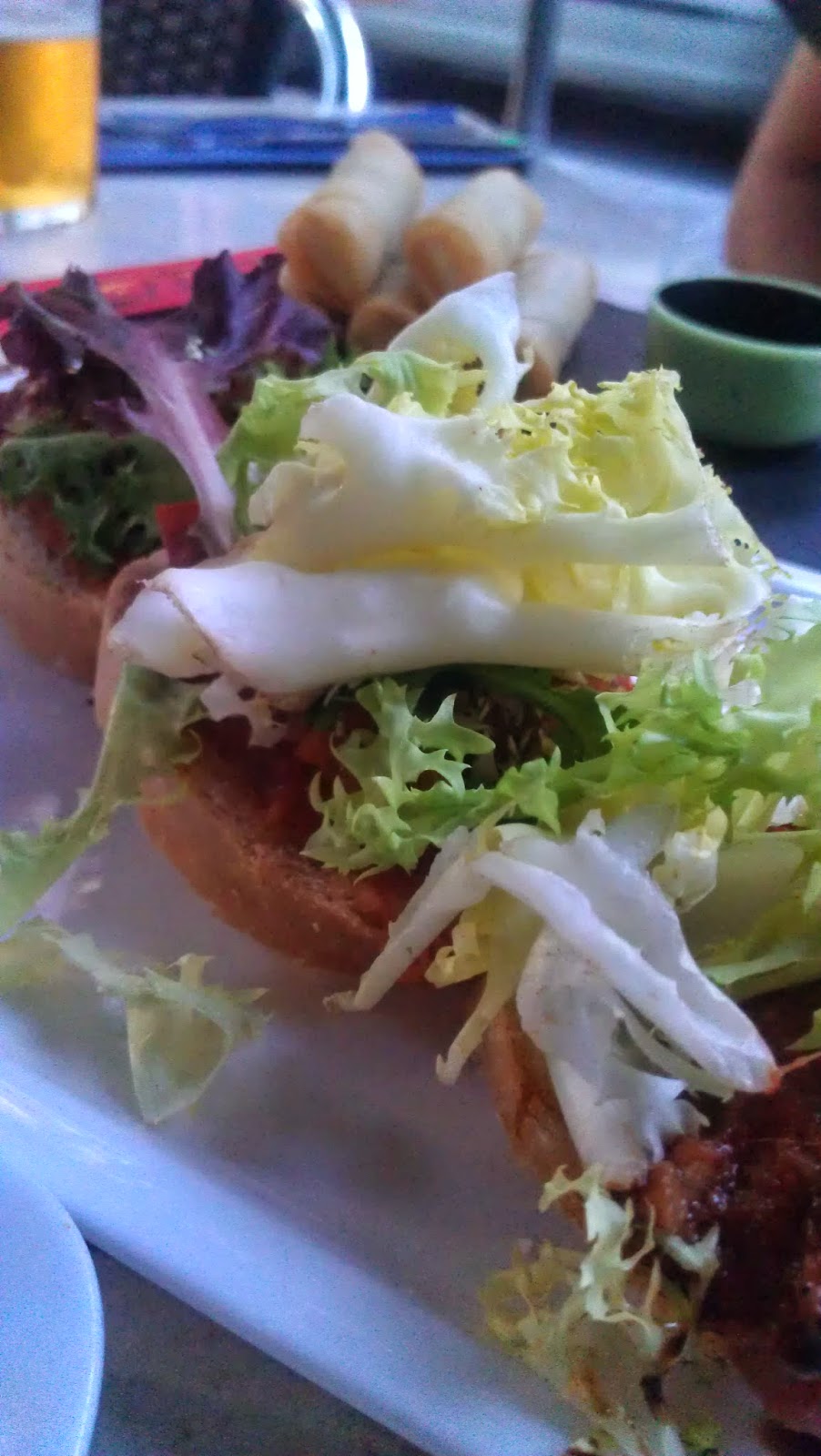 In Cádiz, the tapas were tastier than the usual, and seemed even better because they were cheap and plentiful.

In Granada, the tradition of buy a drink, get a free tapa is alive and well. Unfortunately, the free tapas are mostly carb-heavy, not-that-great snacks. But Chantarela is a tapas bar that does justice to free tapas.

Beer
One of the very first things I learned when I arrived in Sevilla was how to order a caña. A caña is basically a half-pint of beer, and usually costs about 1€. It’s common to have a caña before/with/after lunch, after work, or basically any time you need to take a quick break with a refreshing beverage. I’ve even started to use the caña as a standard for pricing other things. For example, “Wow. That bus ticket costs 2 cañas!” Spain has several local / regional beers that are only slightly better than Budweiser, Coors, or PBR. When you order a caña, you’ll usually be served either Cruzcampo, Mahou, Alhambra, or San Miguel depending on what city you’re in. All of them are your standard lager – refreshing, effervescent, uncomplicated and, honestly, quite perfect after a long day of walking around in the heat. But not too exciting in the way of flavor or body. 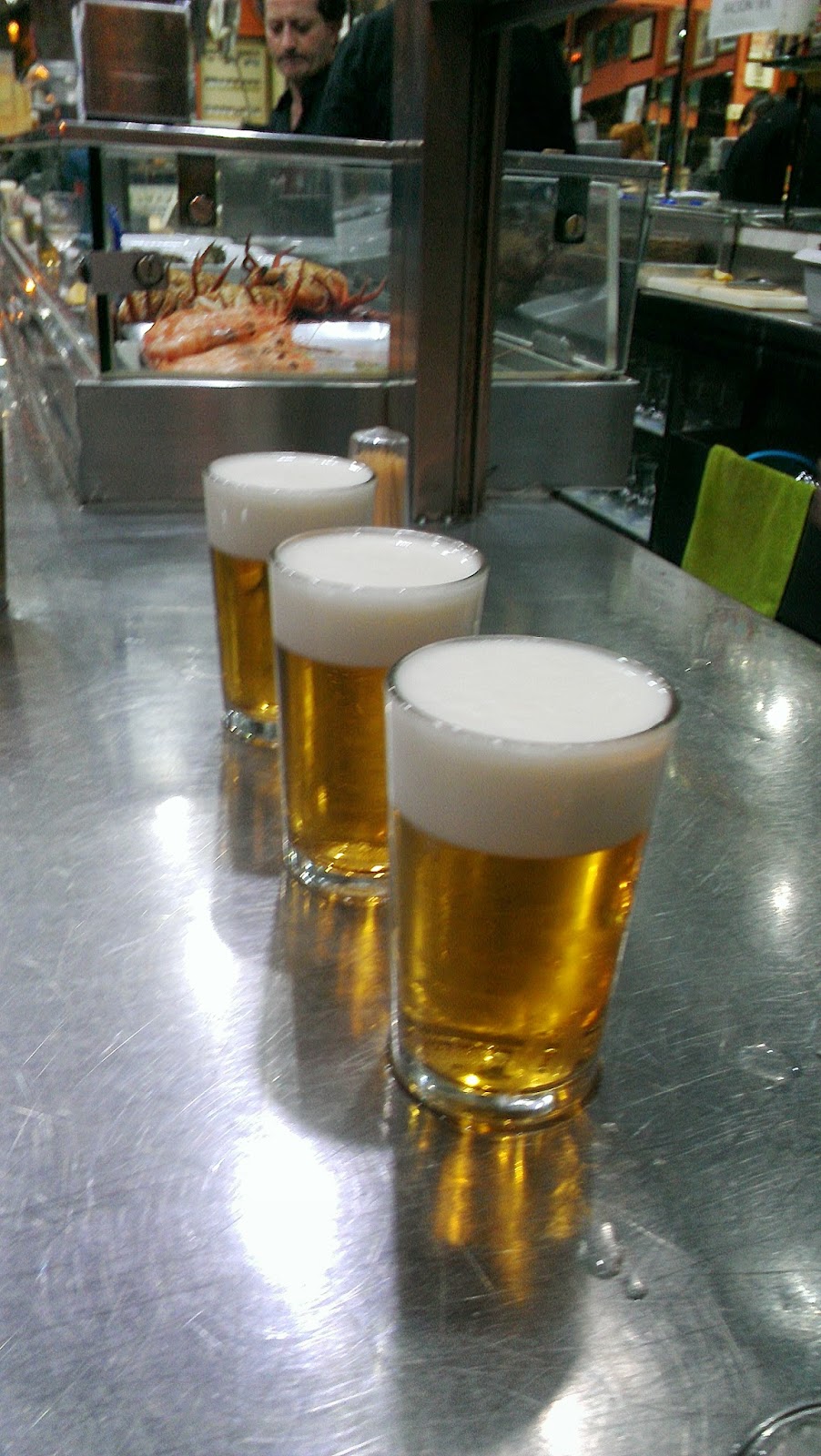 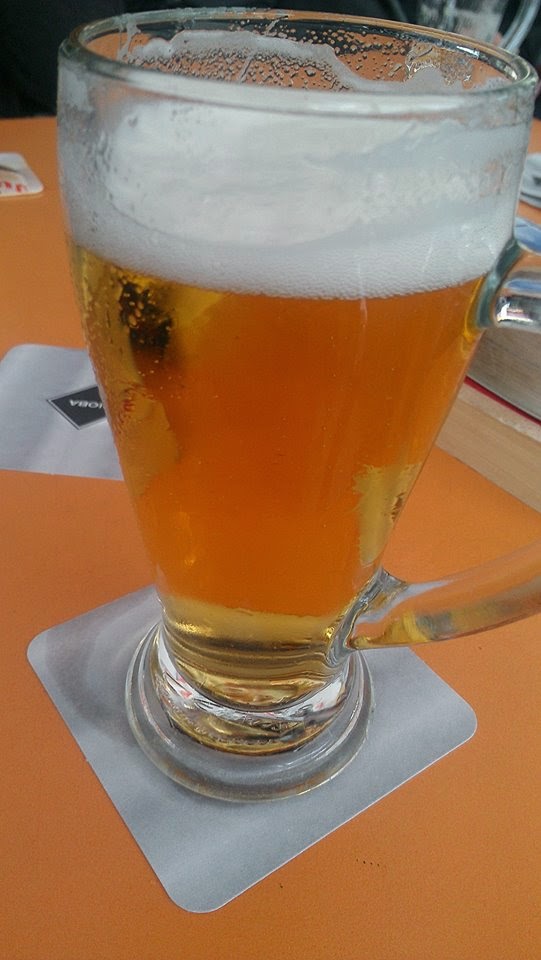 More recently, I’ve lucked up and found a few craft beer dispensaries. The phenomenon of craft and artisan beers is still fairly new here, so you often have to look a little harder to find a place with craft beers. Also, many of the shops or bars only have bottles, not taps. Still, there are some really good brews to be had, and the prices are on par with if not a little better than what you might find in the States. Right now, my favorite Spanish craft brewery is Naparbier – I’ve tried 2 of their Saisons and 2 IPAs, and loved them all. Plus, they have some really cool bottle art. One thing I’ve noticed in my tastings is that Spanish IPAs are not as over-the-top hoppy as others I’ve tried. They still have the prominent grassy or floral notes of an IPA but not the huge, hoppy ‘bite’ that I dislike about American IPAs.

Freidurías
Ok. So there are these places here, right? They serve nothing but various fried things. It’s like a Southerner’s dream come true. Well, at least this Southerner’s. You can find freidurias anywhere – in municipal markets, as standalone restaurants, or takeout-style counters. The menu selection in a freiduria consists of a variety of frituras, which I lovingly call, ‘frieds’. You can choose from a selection of fish and seafood (anchovies, calamari, squid, etc.) or vegetables (eggplant, mushrooms, peppers, etc.). The best freidurias use a very light and crisp coating or batter for the fish, and I think most all of them use olive oil for frying. The result is a crispy, light-tasting exterior that doesn’t mask the flavor or freshness of the fish. With a wedge of lemon to squeeze all over crispy, bite-sized pieces of fish hot out of the fryer, I am in heaven.

Chiringuitos
A chiringuito is a beachside shack or restaurant that specializes in whole fish cooked over an open flame. Talk about some serious food porn. My first chiringuito experience was at Malagueta, Malaga’s most popular beach. After placing my order, I watched as an older gent delicately salted and skewered a whole fish, pitched it almost vertically next to a carefully tended wood flame, and lovingly basted it in olive oil until it was perfectly cooked and charred just-so on the outside. I have dreams about that day sometimes. Though a little pricey on my budget (at least here in Málaga), it’s definitely worth the occasional splurge.

Libations
My stateside mantra is, ‘retail drinking is for suckas’, and that hasn’t changed much since moving to Spain. But when I do go for a cocktail at a bar, it’s usually one of these:

Tinto de verano – A simpler alternative to sangria, tinto de verano is a blend of vino tinto (red wine) and a fizzy lemon drink found in Spain called casera. It’s decent, but the casera sometimes has a strange aftertaste to me, so I plan to try making an at-home version with real lemons, sugar, and sparkling water or tonic.

Vermut – a fortified red wine that’s sweet but strong and has lots of herbal undertones since it’s usually infused with some botanicals. Served over ice with a slice of lemon or orange. I’ve only had it in Madrid and Cadiz, however.

Chupito – The Spanish term for a shot. 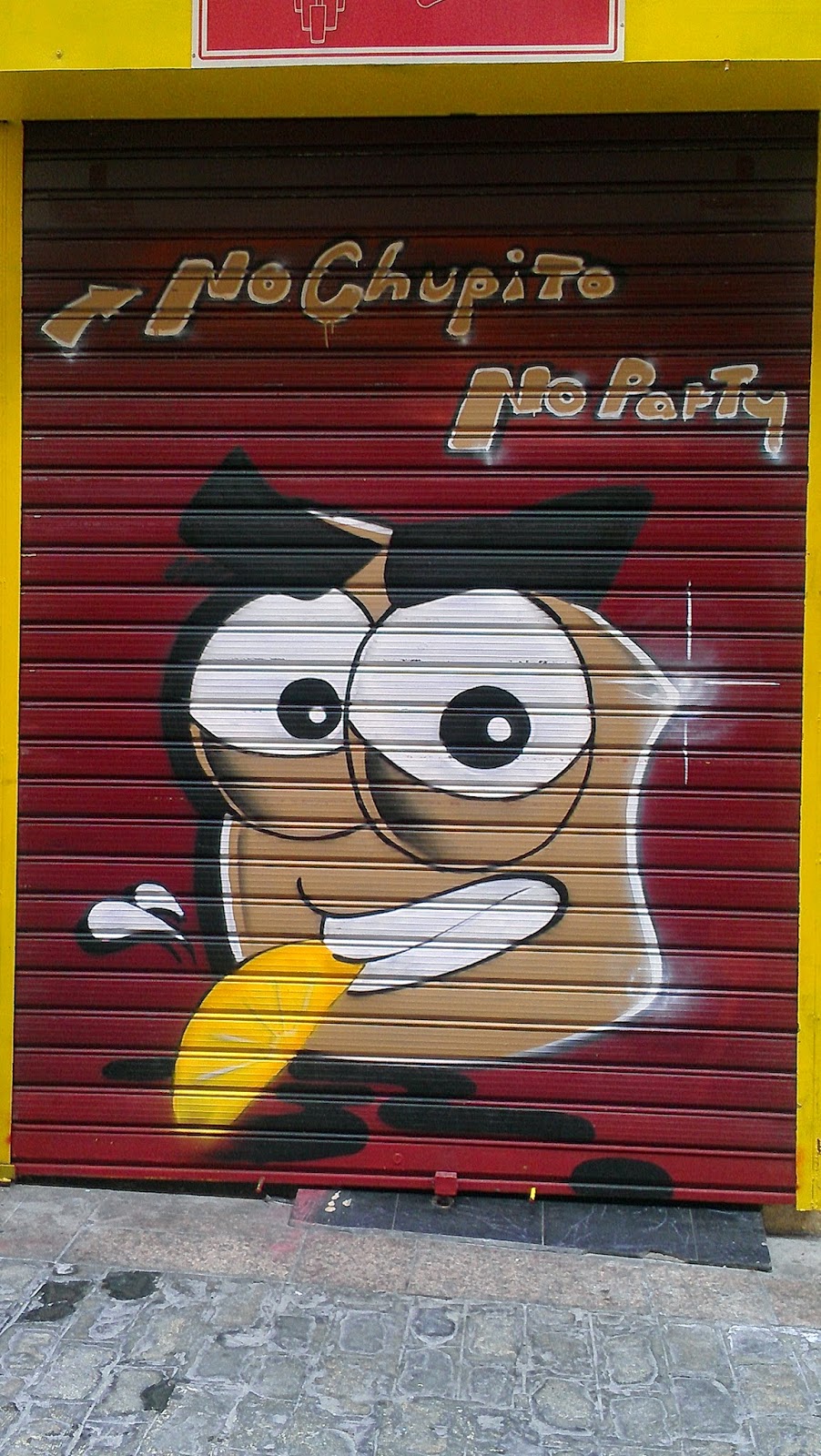 Occasionally though, I head to Mañana, my favorite bar in Málaga. They make really good versions of classic cocktails like mojitos and manhattans, plus a few beer cocktails like the James Brown.

Fast Food
The most commonly sighted fast food restaurants here are McDonald’s and Burger King. Many of the menu items are the same as in the States, with some differences to suit local tastes. For instance, McDonald’s serves gazpacho in the summer. They also serve a habit-forming alternative to the already addicting McDonald’s fries, called ‘patatas deluxe’. They’re little seasoned potato wedges that pair perfectly with a McBeer.

One other notable difference is the prices at fast food chains (at least the 2 burger chains). If memory serves, they are more expensive than at home. A regular-priced combo meal at McDonalds can cost 7€ or a little more; and the ‘daily special’ is still pretty expensive at 5.50€.