Since moving to Spain last year, I feel like I’ve gotten around quite a bit. I try to take advantage of my light work schedule and frequent holidays to travel either within the country or to another place in Europe. In the 9 months that I’ve lived here, I’ve visited roughly a dozen Spanish cities (It would likely be more if I could stop myself from making repeat trips to Barcelona!), and still feel like I’ve only scratched the surface of exploring the distinct flavors that the various regions in Spain have to offer.
I rarely have a thoroughly planned itinerary when I set foot in a new Spanish town, but I’ve found that even if I have absolutely no clue what to see or do, I know that I can safely say that I ‘did’ insert-Spanish-city-here, if I hit the following sights.

Why: The design and history of its cathedral are a core part of the history and culture of any Spanish town. To me, the cathedral and how it looks is a reflection of the city’s personality. A Spanish city’s cathedral is always located in the center of town, so if you find your way there, you’re guaranteed to stumble on some other sights and shops worth visiting – though they’re probably going to be a little more touristy (read: pricey). 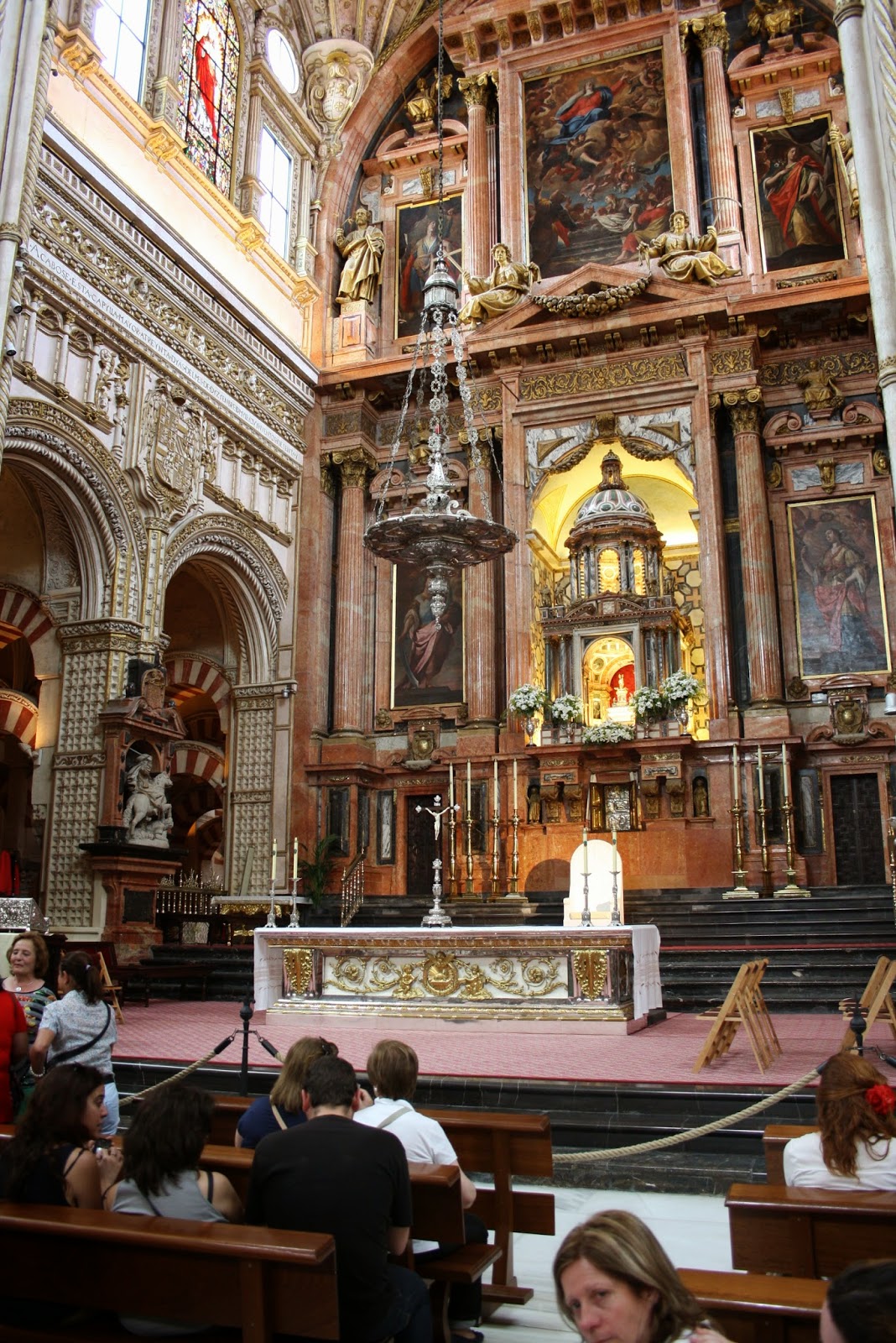 Why: Even in winter, I feel it’s an absolute requirement to at least see the beach if I’m visiting a coastal Spanish city. There’s also usually some pretty good (though not always budget-priced) seafood to be had from beachside restaurants and bars. For cities away from the coast, I’ve always found that a visit to Plaza Mayor makes a decent substitute for a beach visit. Here, you’re sure to find big groups of locals and visitors gathered in cafes and bars, and, during seasonal periods (e.g., Semana Santa, Christmas, etc.), there are often impressive decorations or displays of pageantry to be seen.

3. Its most popular tapas bar or cervecería

Why: While it’s not always easy to find, you can generally tell which bar in a particular neighborhood is the best by the large number of people packed inside and often spilling out into the street from around 1-3pm, or from about 9-10pm. If you’re lucky enough to find it, you’ll also find really cheap beer and wine and tasty, equally cheap tapas. Usually because the place is packed to the gills with regulars and serviced by overworked staff, it can be a little intimidating figuring out exactly how and what to order. But, just be patient, and watch what everyone else is doing. If all else fails, just point to what looks good and hope for the best.

Why: The ethnic communities in Spain offer a whole ‘nother experience when visiting a Spanish city. Visit one of these diverse havens, and you’ll be treated to a mélange of different languages, colors, sounds, and smells that you won’t find anywhere else in the city. And if you’re craving something other than tapas, this is the place to find anything from Indian curries to Cuban sandwiches.

Why: Because you learn a lot about a people by learning about their food. The municipal market is a hub of activity – it’s the perfect place to see what the locals eat, what products are native to the area, grab a quick bite made with fresh ingredients, overhear some good conversations, and even get some good recommendations on other places in town to go and get your culinary fix.

Why: Because photo opps, that’s why. The casco antiguo (or, old town) of any Spanish city is generally its most picturesque area with old, architecturally-inspiring buildings, fountains and bridges, narrow, winding streets and quaint little cafes and shops to duck into.

Why: Most Spanish cities have a large park somewhere close to the city center. But if you ask around a bit you can usually find a park that’s less well-known, but is also more off-the-beaten path, less crowded with tourists, more uniquely designed / intimate, and an ideal place to rest yourself after a long day of sightseeing.
What are some of your must-see tips when travelling throughout Spain or other locales?
Subscribe to Solo in Spain to get the latest posts delivered to your email inbox or RSS reader.