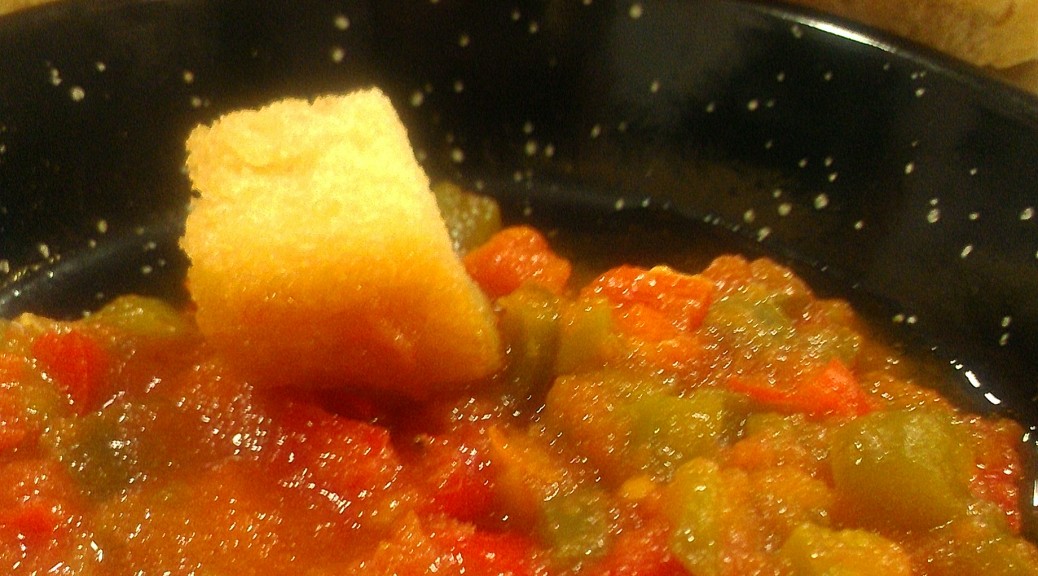 I passed El Trokanto the first day I took my new route to school. The place caught my eye because it looked a tad bit fancier than most of the other bars on the block. After school, I stopped in for a closer investigation.

My cold tapa was a simple tostita of tuna and tomato. And the hot tapa – a revuelto (scrambled egg dish) with potato and huge chunks of savory (not super-salty) ham. Delicious! I usually don’t like scrambles, but this one was light on the egg and heavy on the tater and ham, so it was just fine with me.

While I munched and sipped, I was pleasantly amused by the nusic selection playing over the speakers in El Trokanto. In the time I was there, I heard Madonna’s ‘Vogue’, Mc Hammer’s ‘Can’t Touch This’, Michael Jackson’s ‘Man in The Mirror’, and Donna Summer’s ‘What a Feeling’. It was when Vanilla Ice’s ‘Ice Ice Baby’ played that I silently gave the soundtrack selecta a mental hi-five.

On a second visit, I tried pisto manchego for my hot tapa, and a pate tosta as my cold tapa – while neither were life-changing dishes, they were both enjoyable.

My Rating:  Decent tapas, and a nice selection of 90s throwback music. A good spot for a quick snack.