It’s funny how things work out. Hardly ever like you expect them to, but almost always like you need them to. Well, I suppose that’s how my Spanish apartment search worked out. Before arriving, I’d pretty much put all my eggs in one basket. When I heard from Tonisha while I was back in the States, I was like, ‘Great! This is gonna be the best situation. Living with someone in the same program, who speaks English, and whose name is Tonisha… so she must be cool (yeah, ridiculous. I know).’ But, after I arrived, it seemed like her communication got worse and worse. I was starting to get the feeling that she was no longer interested, and that I should come up with some alternatives. So, I hit the interwebs and started looking for other roommates and rooms for rent. Not an easy task, given the on/off again nature of the wifi in my room. But, despite the difficulty, I managed to come up with a list of about 10 suitable places. I narrowed that list down to a ‘top 4’, and started making calls and sending emails.

Of course, due to my shoddy Spanish, I was really nervous about calling, but on my first one I stumbled a bit in Spanish, before asking if the person spoke English. She did, and we set a time to meet the following day. In the meantime, Tonisha got back in contact with me, plus, I heard back from a couple of other places. Secretly, I was hoping that I would meet with Tonisha and be completely done with the search, but I kept the other appointments just in case.

My first apartment showing was with an older lady within walking distance of San Pedro. I was a bit concerned about the place, since her ad mentioned that she lived with 3 dogs, but the price was right and she was pretty close to the beach… big plusses in my book. The room was a bit on the smallish side and she had another renter already in the place – a Polish girl who I didn’t get to meet during my visit – who I would have to share a bathroom with. After showing me around and explaining everything about the house and the neighborhood, my potential landlady’s tone of voice changed rather abruptly as she said to me, “I have just one rule for the house. No men. Ever.” What came out of my mouth was, “Ok.” But what was going on in my head was, “Girl, stahp. I’m grown! What if my boyfriend wants to come visit? I gotta find someplace else for him to stay? Sneak around like a high school virgin? Ain’t nobody got time for that.” I silently crossed ‘cheap beachy abode’ off my list of contenders.

My next visit was the next day with Tonisha. Like I mentioned before, I was sort of hoping we would meet, fall in love, and be best roomie-buds forever! Sadly, that was not the case. The place was nice and spacious, centrally located in a very cool area in the center of Marbella (about 7km from my school), but Tonisha’s whole demeanor seemed lackluster and really low-energy, almost ho-hum. I tried to engage her in conversation, “What do you do in your free time here?” “How’s your school / work situation?” “What kinds of things do you like to eat / cook?” But it seemed like so much effort to get an energetic response from her, and she asked me nothing in return. Plus, there was also the issue of a shared bathroom. As I left to head to my next viewing, I thought, “Well everyone has an off day. Maybe she’s still a bit tired from travelling back from the States.” I filed her in the ‘Maybe’ column.

I set off for my next appointment, which was a bit far from both my school and the center of Marbella, but I figured it would at least be good to see it for comparison purposes. After deboarding the bus, I started walking, using the directions that I was given by the potential landlady. Since the directions contained only loose landmarks (go past the Shell station, to the second roundabout, and take the 2nd exit), not street names, I quickly realized that I might be lost. I had already walked up 1 very long, steep hill, backtracked and walked up another. Since the weather was unseasonably warm, I’d once again broken a sweat and had to shed my blazer. After about 15 minutes of walking without any sight of the street or house I was looking for, I grumbled to myself, “I don’t care how nice this place is, I can’t live here. It’s too damned far!” I finally gave in and called the landlady, explaining that I’d gotten turned around. Thankfully, she was the one who spoke English, and after giving her a landmark, she said she knew exactly where I was and would come pick me up.

When Simin zoomed around the corner in her little car and stopped to pick me up, I don’t think either of us was exactly what the other one was expecting to see. But we instantly fell into easy, spirited conversation with each other. When we arrived at her house, I regretted my earlier statement about never being able to live here. The place was absolutely gorgeous. A traditional Spanish-style townhouse, with a whitewashed exterior, a nice little garden and a sunny, open terrace. Inside, Simin’s decorating style could best be described as hippie-chic. Nothing matched, but somehow everything worked. I instantly recognized some prints of Frida Kahlo, and noticed that many of her furniture choices were very similar to my own back home. And then, she showed me the room. It was huge! A queen-sized bed, writing desk, and a bookshelf with a closet that could easily be a whole ‘nother bedroom. And the cherry on top of it all? My own bathroom! As she showed me around the place, we continued our easy chatter – we discovered that we’re both into hiking and yoga, and she let me know that even though she was born in the area, she had just moved back after several years away and felt almost as new here as I did. As we wrapped up our conversation, I prepared to leave for my next and final showing. Simin volunteered to give me a lift to the place, since she was headed out in a few minutes. “How nice!” I thought.

The next place was literally a stone’s throw from the beach in Marbella. The apartment was shared by 2 or 3 students, and I would have my own room and bedroom. But when I entered, it definitely looked like students lived there. There was a mattress randomly thrown against the wall in the main living room, and the rest of the place looked like it had been decorated with somebody’s grandma’s leftover furniture. The oven in the kitchen didn’t work, and the sink was full of dishes. There was an absolutely amazing terrace, though. And I would have direct access to it from my room. Still, I knew I wouldn’t be able to live comfortably in the dorm-like environment. I crossed it off the list.

Slightly exhausted from all the walking and viewing, I decided to take a quick break at the beach to mull over my options. In my mind, I really only had Tonisha and Simin to choose from. While sitting and soaking in the sun, I recalled the prayer I’d said before setting out on the hunt today. I’d asked God to help me find a place that felt like home. After a quick phone chat with Bro. Johnson, I dialed a number.
“Hola, Simin! It’s Kisha.”
“I don’t think I’m going to find a place that’s a better fit than yours. If it’s ok with you, I’d like to take the room.”

Pics of my new place: 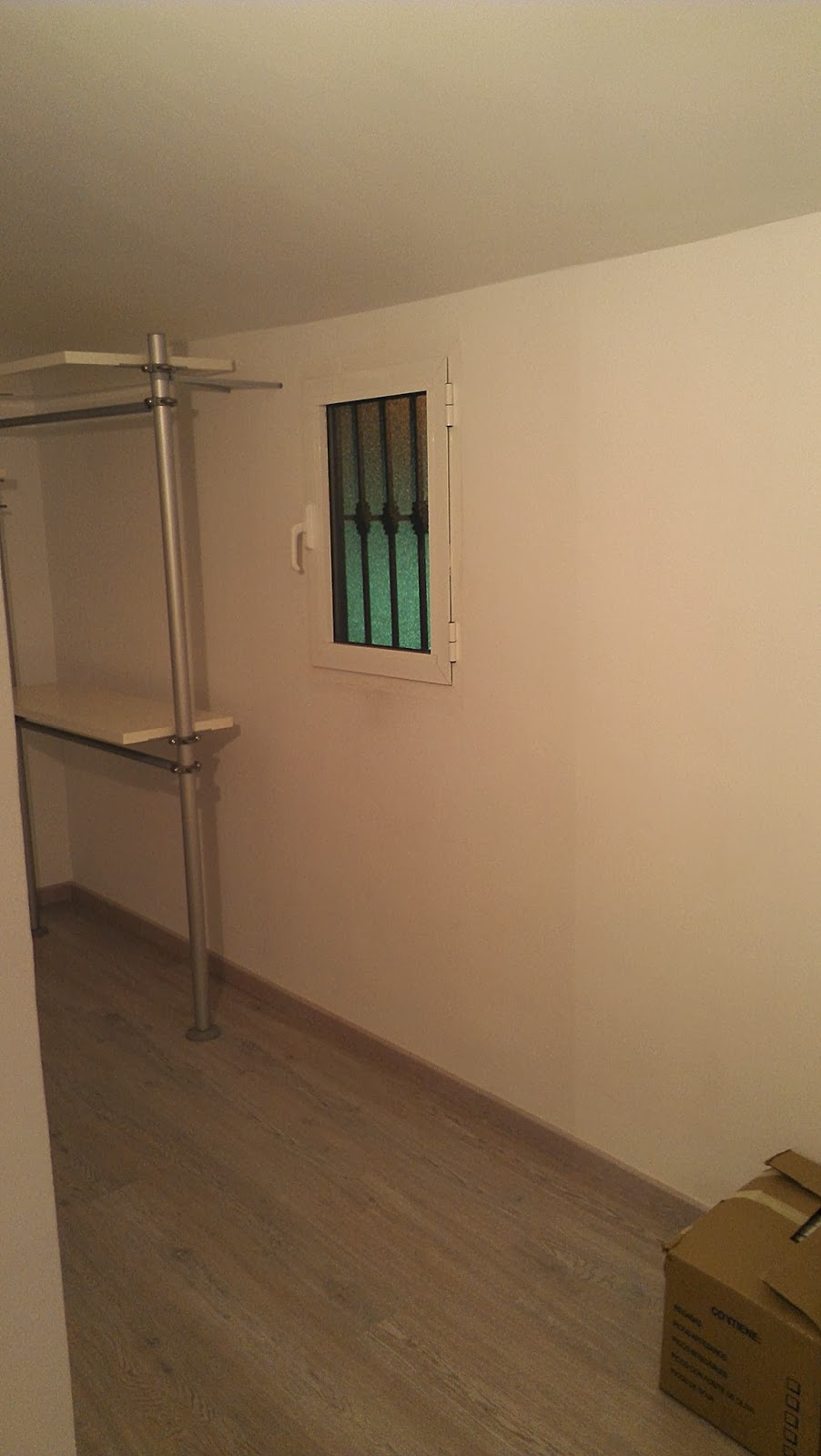 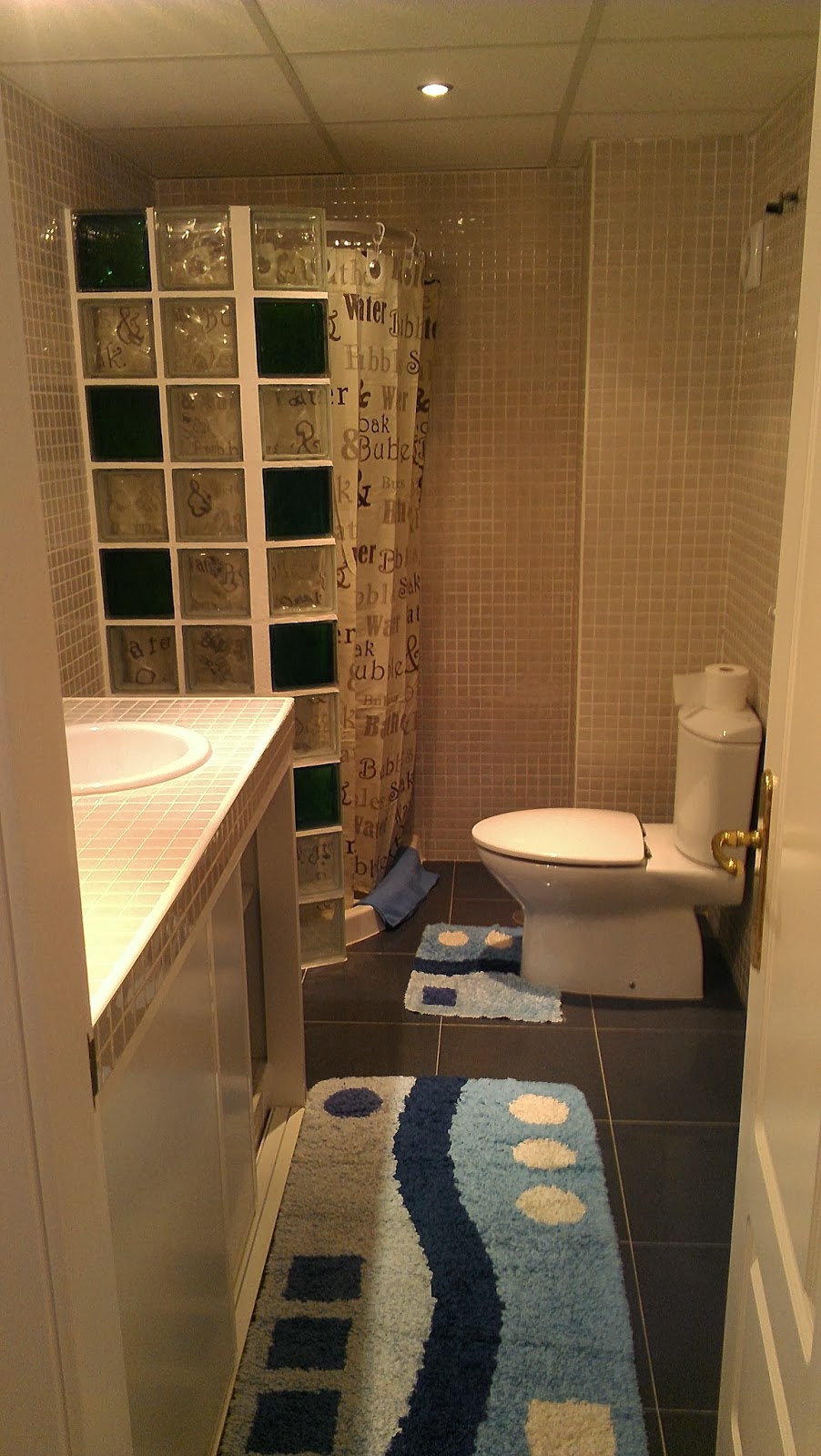 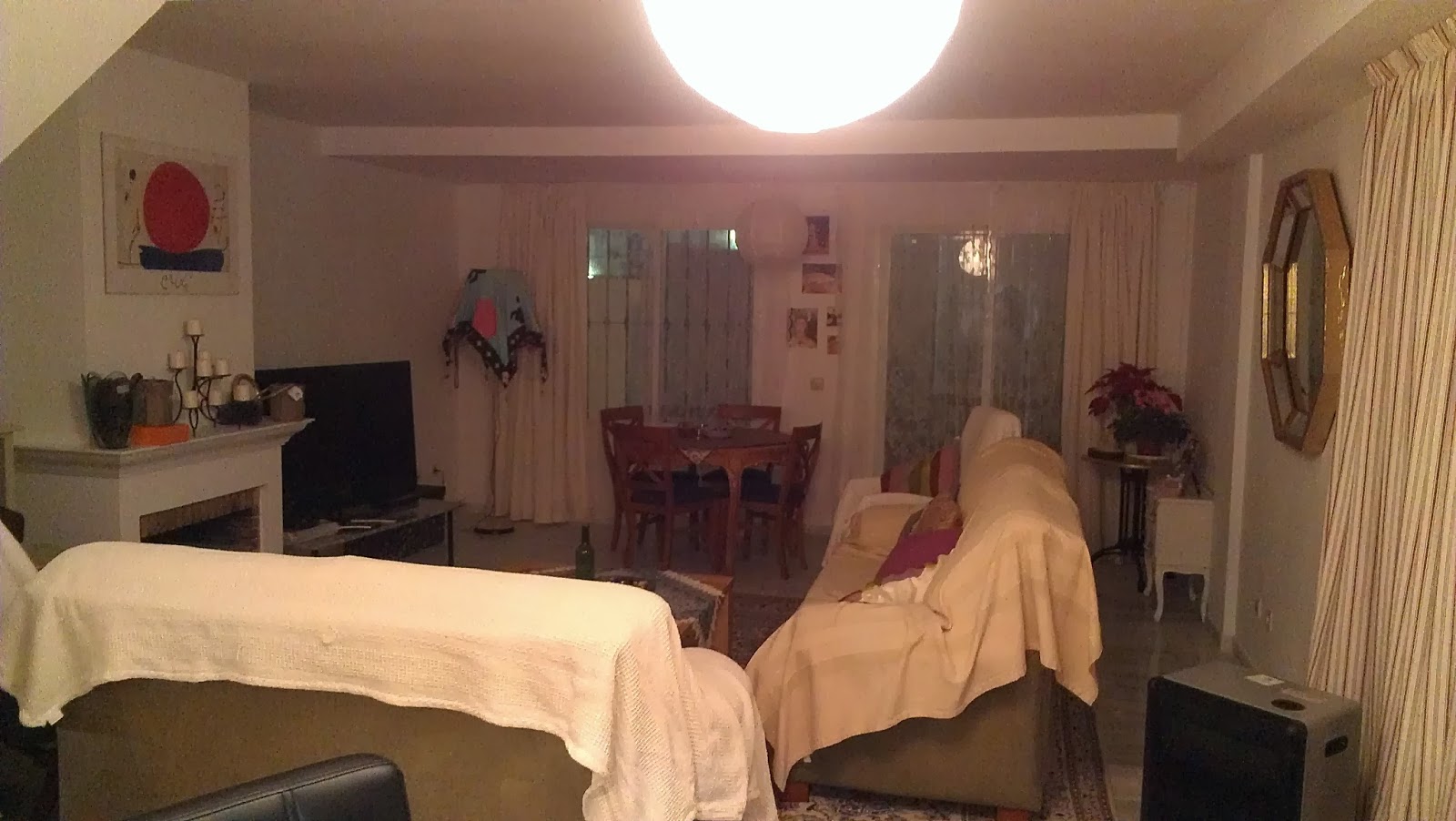 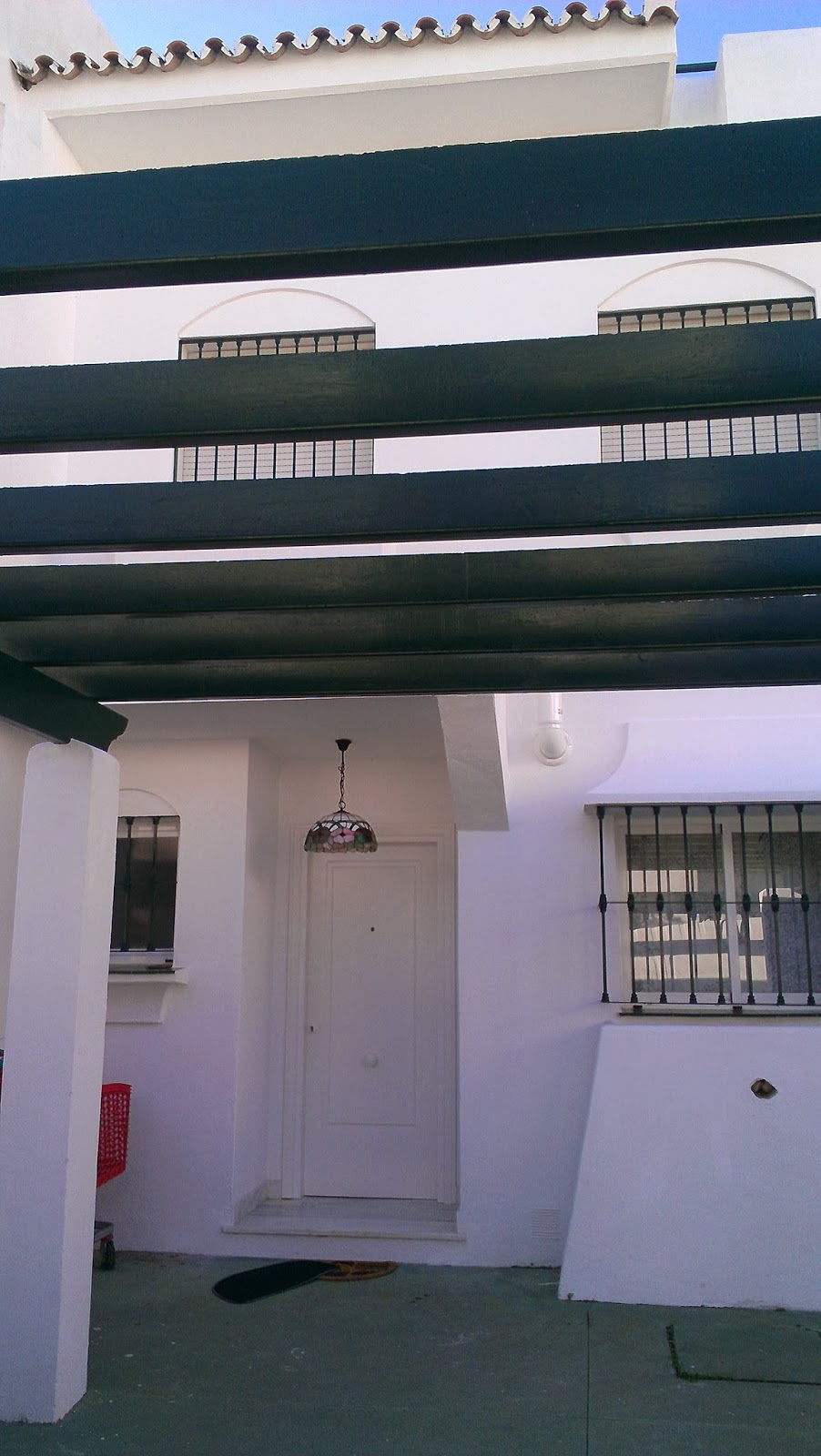 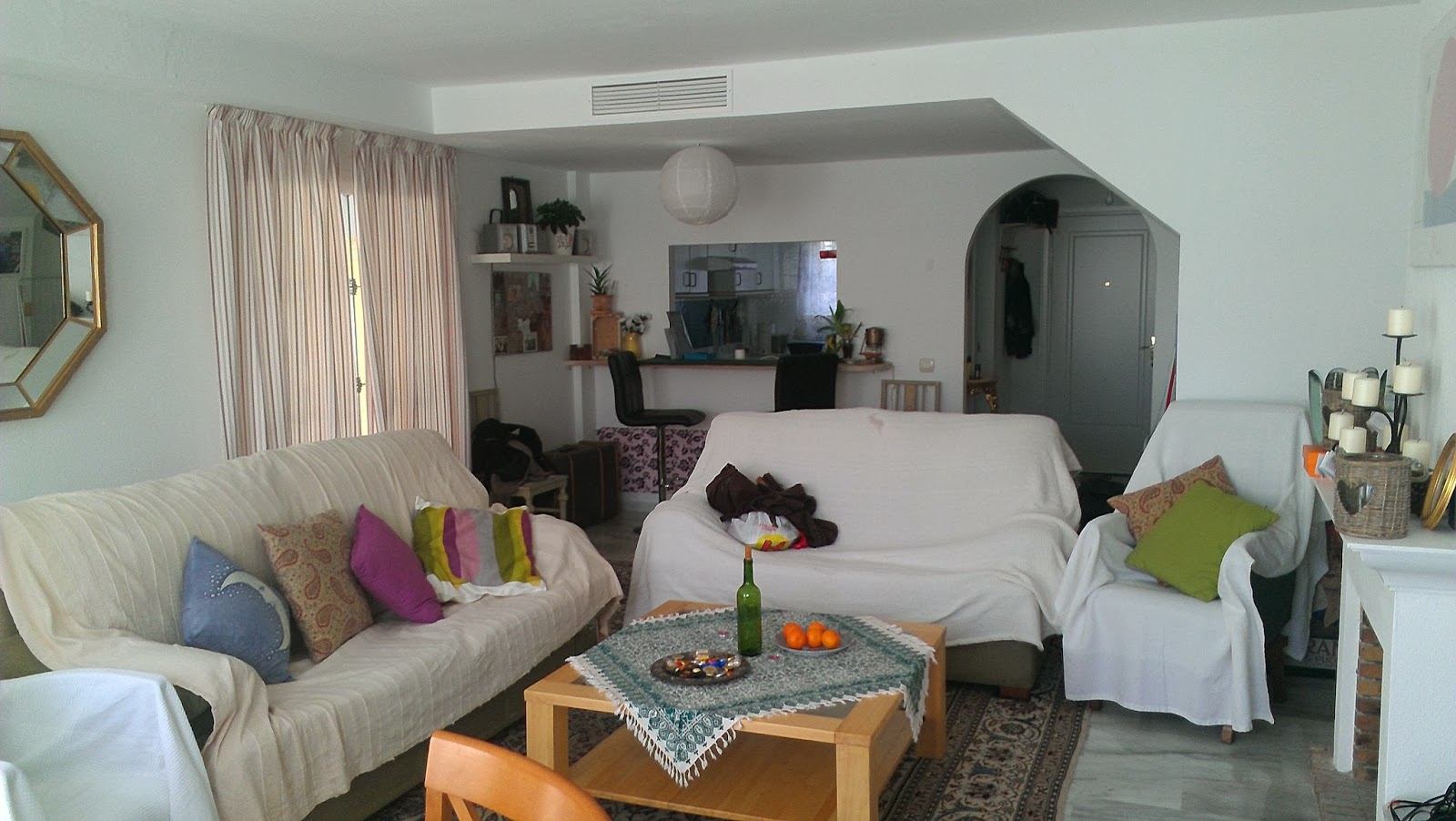 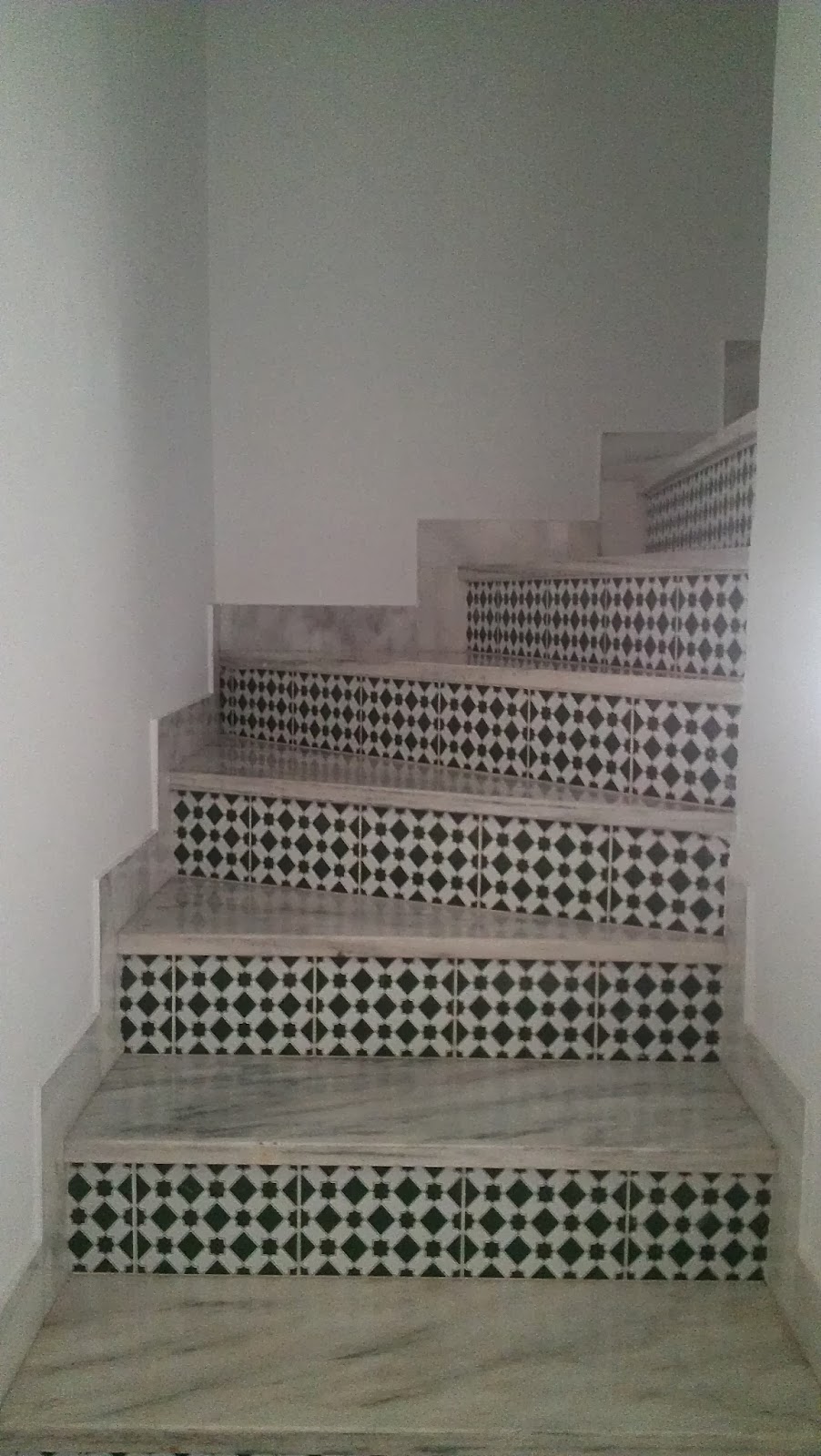 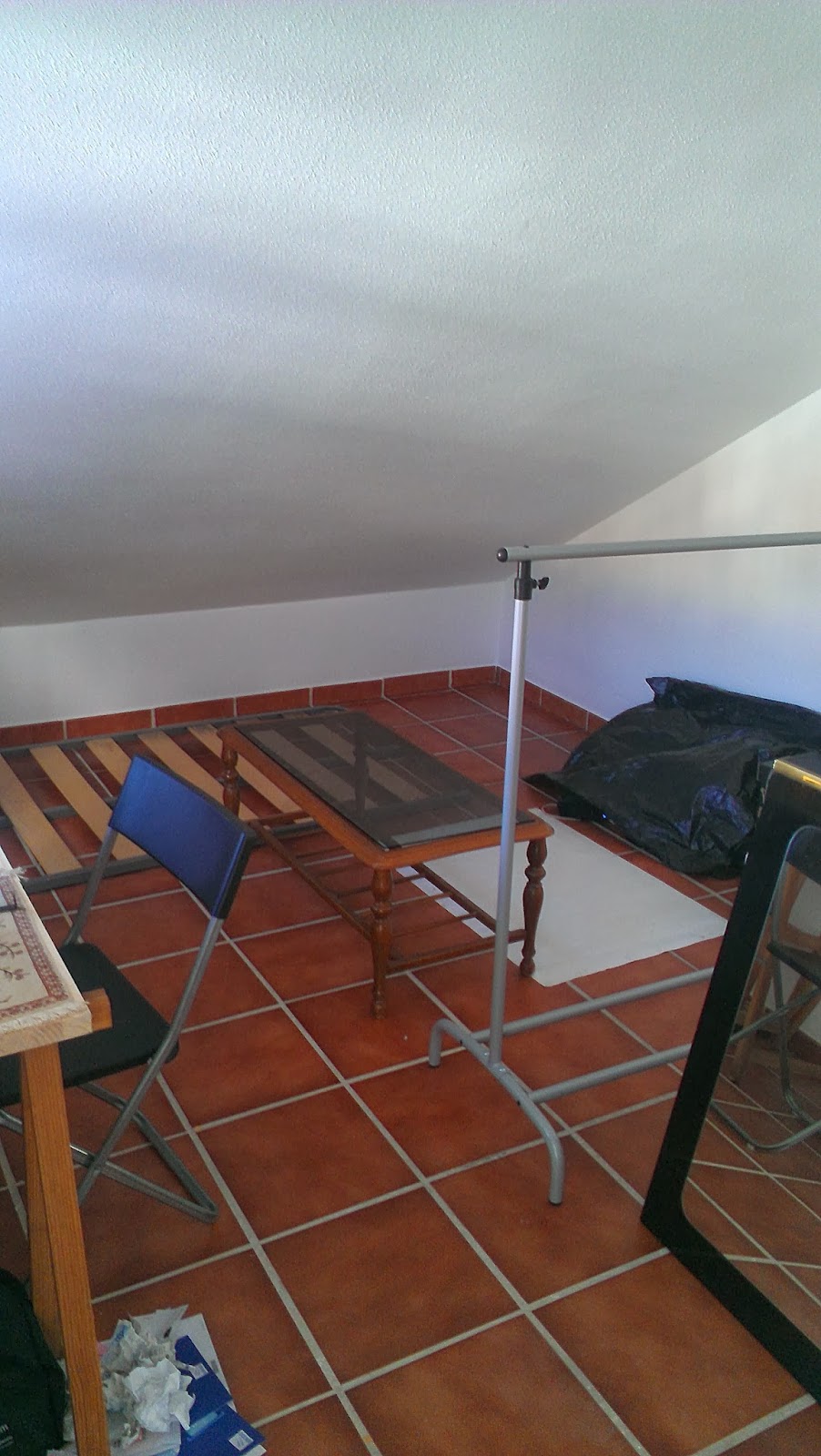 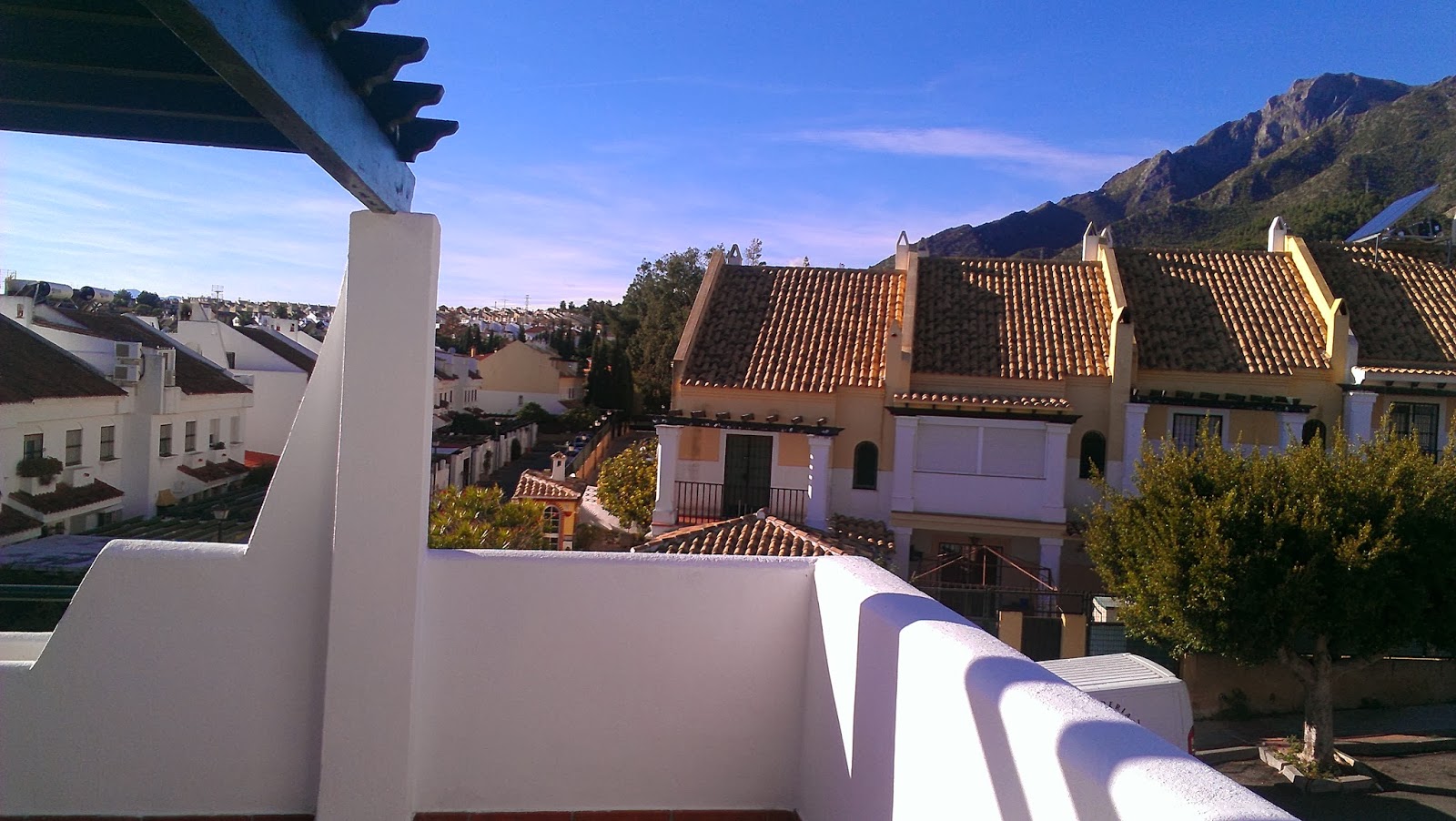 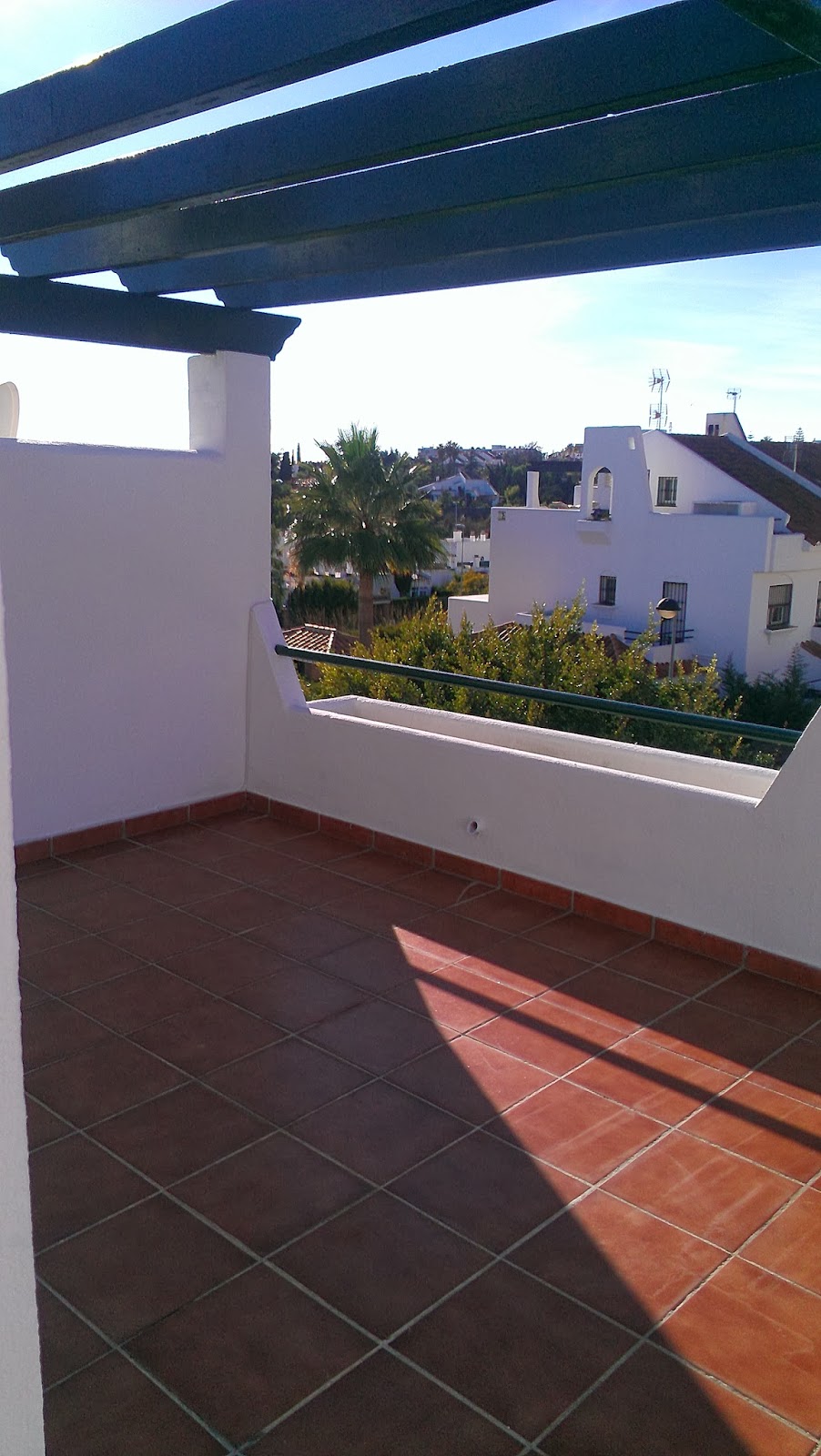 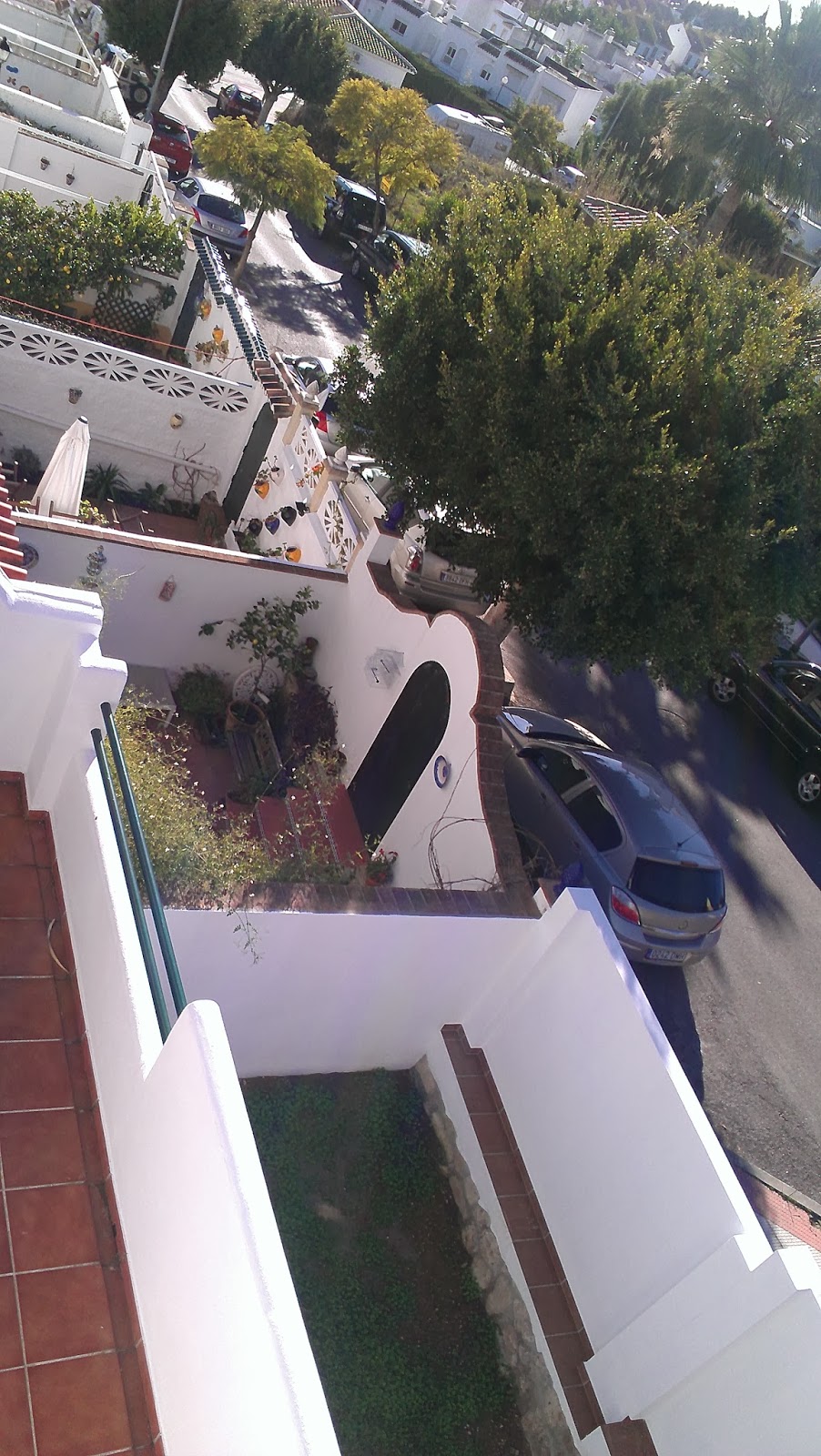 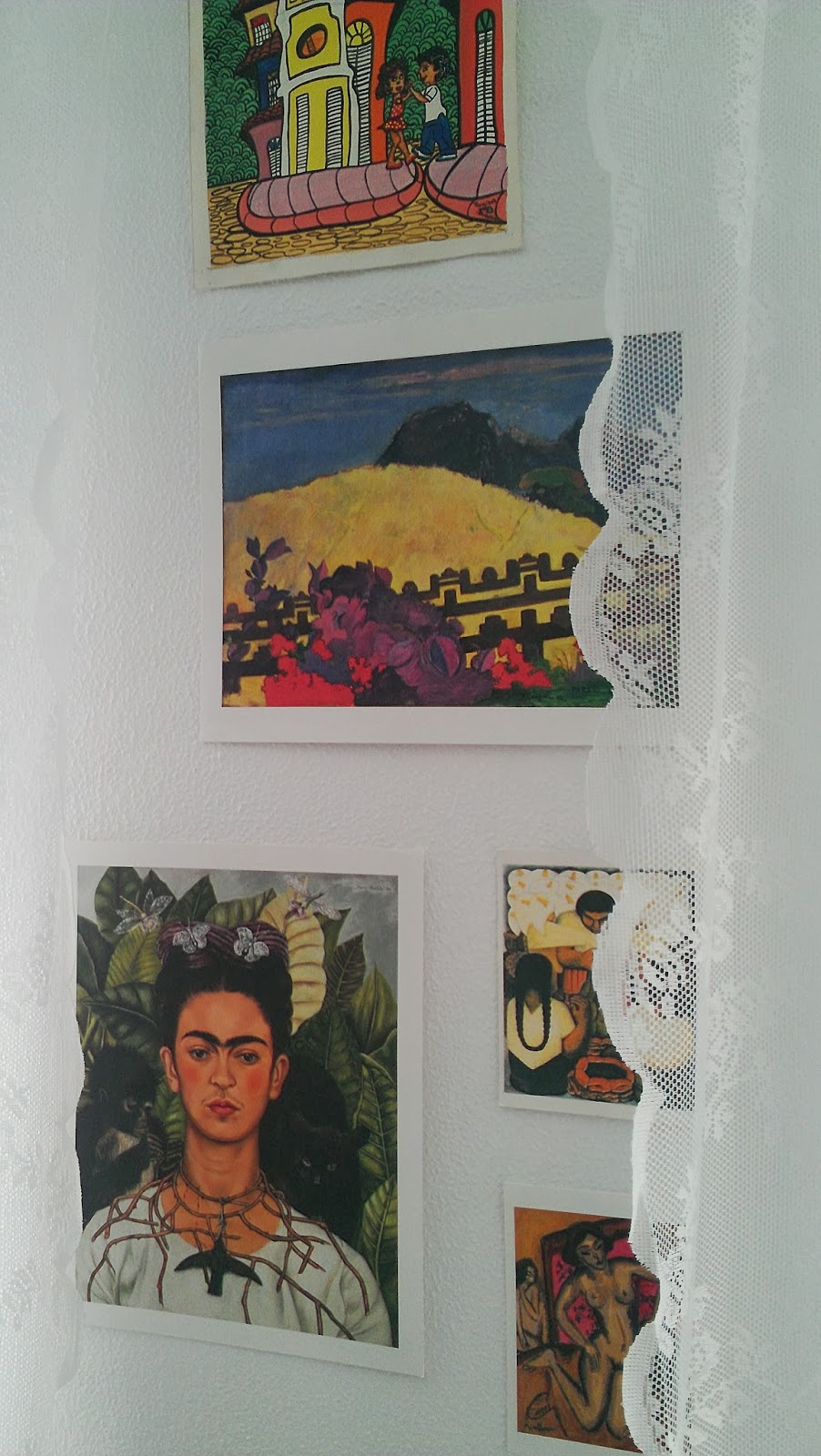 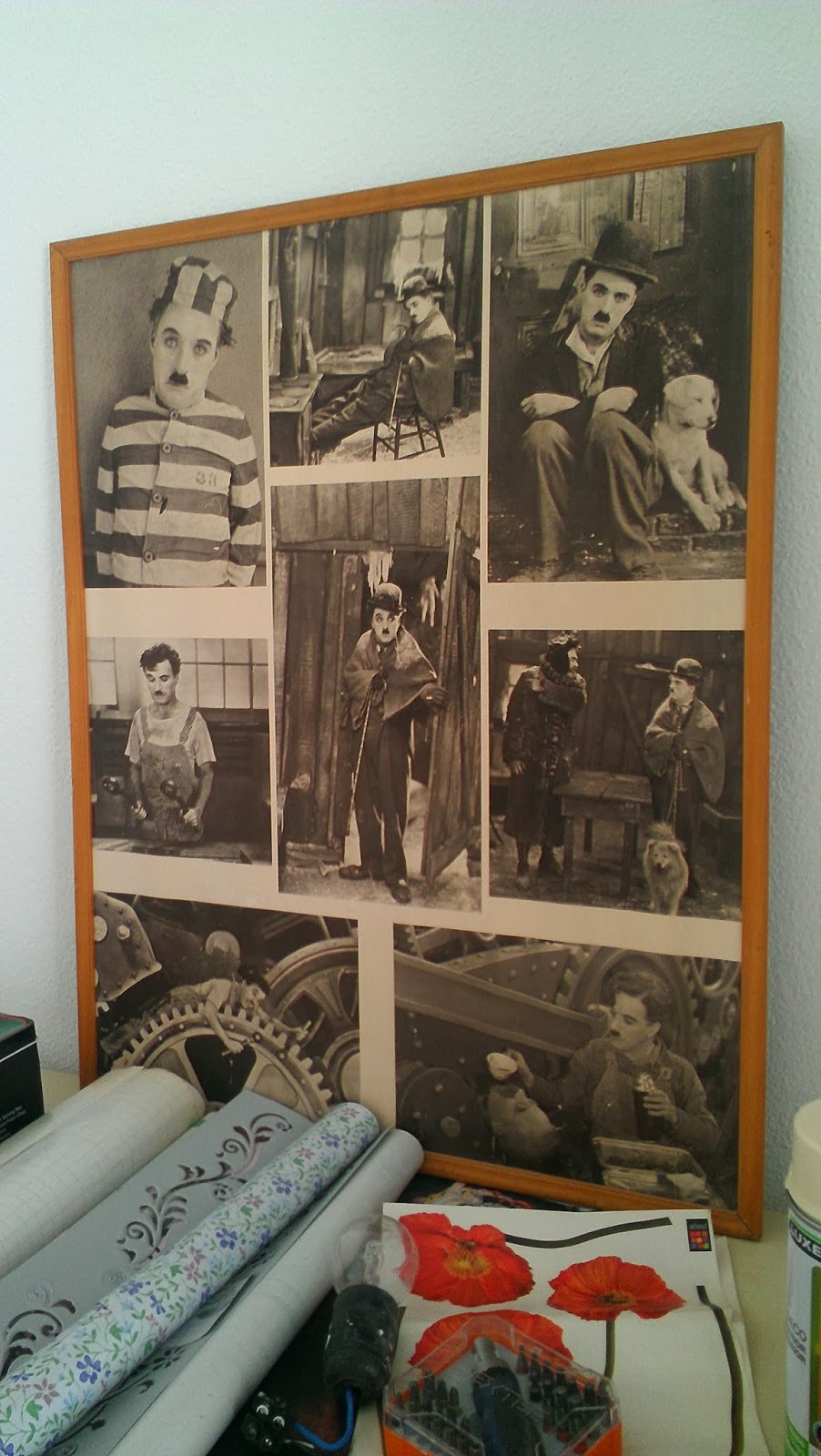 One thought on “finding my place”