I’ll admit it. I’m kind of addicted to this town. Maybe it’s because it was the first Spanish city I visited on my own. Maybe it’s because my first visit was the very definition of serendipity. Or maybe it’s because Barcelona is the one city in Spain that I know I can go to to satisfy all my cravings of home. In my opinion, Barna (not Barça – that abbreviation is specifically reserved for the football club) is the most metropolitan city in Spain, even more so than the capital of Madrid, and that’s because Barcelona has something that I think Madrid lacks – soul. Since that first visit just a little over a year ago, I’ve been back to the Catalonian capital 4 times, and it’s only a matter of time before I go again.
After those 5 visits, here are some of my favorite ways to ‘do’ Barcelona.

How to Do Barcelona: Take a Hop-On, Hop-Off Bus Tour

Yes, yes, I know. What sort of insider’s guide starts with, ‘book a tour’? I’m usually not a fan of tours, since I think it’s useless trying to pack in too much sightseeing in a single trip, and I prefer finding (and sometimes losing) my own way. But, there are some cities – such as London and Barcelona – that have so many different sites of interest spread out over such a large area, that I think it’s not only worth paying the price for a tour, it’s also worth saving yourself from aching feet and the frustration of trying to locate even your very top must-see sites using public transportation. My personal advice when booking a HOHO tour in Barna is this: Start early, then stay on the bus for a full loop (yes, it will be hard to resist getting off for photo opps, but do it) before you disembark anywhere. This will allow you get the tourist version of a sampler platter – a little taste of all that the city has to offer – before deciding which places you’d like to hop off at and delve deeper into. Barcelona’s most popular HOHO bus tour is the Barcelona Bus Turistic, and it’s the one I recommend. Some of my favorite places to hop off for a more up-close look include:
Park Güell – You simply can’t visit Barcelona without seeing this impressive outdoor space designed by Antonio Gaudí. While you have to pay for up-close access to some areas of the park, I didn’t, and I felt plenty fulfilled enjoying the park’s free areas.
La Sagrada Familia – Perpetually under-construction, this magnificent example of Gaudí’s architectural style is always jam-packed with crowds, inside and out. I recommend viewing it from a quiet spot in the park Plaça de Gaudí located just behind the church.
Casa Battló – Yet another jaw-dropping example of Gaudi’s signature style. I also like this stop because you can take a leisurely southbound stroll from here down either the Passeig de Gracia or the Rambla de Catalunya. Walking down either of these streets, you’ll eventually encounter Plaça Catalunya, the Cathedral and Barrio Gótic, passing tons of shops, street performers and other sensory satisfaction along the way.
Arc de Triomf / Parc de la Ciutadella – The Arc de Triomf is a breathtaking structure that makes for a nice photo opp. At the nearby Parc de la Ciutadella, you’ll find an equally impressive fountain and waterfall feature – La Cascada. On weekend afternoons, there’s usually a group of African drummers doing their thing near the center of the park. It’s an ideal place to cop a squat and soak up the sounds and sun.
Some places I think are better seen from the bus:

Plaça Espanya – the nearby Magic Fountain is a prime draw, but since the fountains are better seen at night after the tour bus stops running, you’re better off catching the metro to this location at a later time.

Parc de Joan Miró – you can snap pretty decent pics of the iconic Dona I Ocell statue from the open-air top section of the bus.
Olympic Ring – home to the telecommunications tower or, Torre Telefónica– a quirky architectural structure that’s a nice visual treat.
MNAC – unless you plan on going inside of the Museu Nacional d’Art de Catalunya, get your oohs and aahs on as you whizz by.
Camp Nou – I’m not a big football (or, soccer) fan anyway, so an up-close look wouldn’t really do anything for me.

How to Do Barcelona: Buy a Metro Pass

Barcelona’s metro system is pretty easy to navigate, and there are several options available for multi-trip Barcelona metro passes. While which pass you buy will totally depend on how long you’ll be staying in the city and what areas you plan on visiting using the metro, I’ve only ever bought the 10-ride pass, aka the T10. A single one-way ticket on the metro runs €2.15, and the 10-trip pass will set you back €9.95, so it’s a great value; you can even share it with others travelling with you. I don’t mind walking between a lot of the places that I visit, and only use the metro if I have to go from one area of town to another, so the 10-ride pass has been sufficient for my multiple 3-4 day trips to Barcelona.

How to Do Barcelona: Stroll the Beach

Barcelona’s most accessible beach, Barceloneta, isn’t exactly the most picturesque, but it’s definitely a nice place to have a Sunday stroll during cooler months, or work on your tan during warmer ones. At night, the area along the beach is filled with nightcrawlers visiting the many posh Miami-style nightclubs in the area. 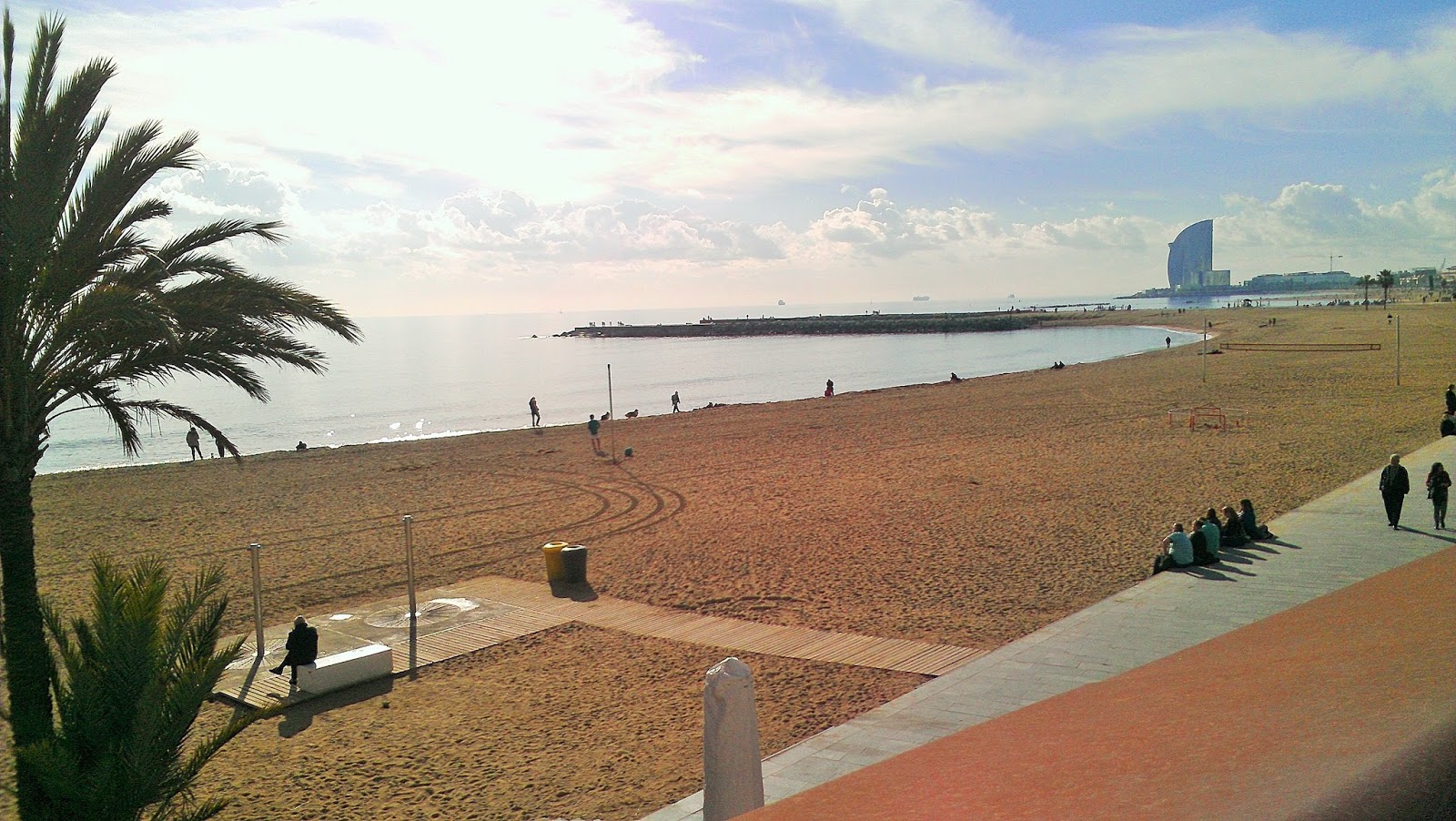 How to Do Barcelona: Where to Eat

There are no shortage of amazing places to eat in Barcelona, and I know for sure that I haven’t even scratched the surface when it comes to fabulous dining options, but the following Barcelona restaurants have met or exceeded my standards for price, quality and uniqueness.
Teranga – Senegalese restaurant located en El Born district of Barcelona. The lamb dishes are my favorites.
Restaurante Bar Roble – Located on the edge of Barcelona’s Gracia neighborhood. A good option for lunch or dinner, this very old school restaurant often gets busy, and the service is typical Spanish / Catalan – occasionally brusque, but always efficient. And if you go when they have the lunch menu special (or menu del día), and you order wine as your included beverage, they plop the bottle on your table, and you drink as much as you want. Doesn’t get much better than that.
Milk – Bar and restaurant located not far from Las Ramblas. An excellent choice for first meal, as they offer a daily ‘Recovery Brunch’ from 9am to 4:30pm. Perfect for coming back to life after a night out partying in Barna. If you go on weekends, get there early – Spanish early, like 10 – to beat the rush.
A Tu Bola – Funky little eatery in the eclectic Raval neighborhood. Billing itself as a gourmet street food restaurant, the menu features a variety of different meat or veggie balls. Slightly pricier than I would normally go for, but the food and service are both very high quality.
Wok 2 Walk– A quick serve chain restaurant with 3 Barcelona locations. Is it life-changing food? No. But I really miss Asian noodles, so it does it for me. Plus, the food is fresh and fast.

How to Do Barcelona: Where to Enjoy the Nightlife

Grácia– Probably my favorite neighborhood in Barcelona. Full of funky shops, bars, and people – a perfect place to just stroll around and get lost in, day or night. Plaça del Sol is a good launching point for exploring the neighborhood.
El Born – A little sexier and more polished than Gracia, with higher-end shops and restaurants, El Born is a great Barcelona ‘hood to see and be seen.
Afro Bar Bella Bestia – Offering a variety of soulful entertainment, from ska to soul to soulful rock, this low-key bar is a good place to get your groove on.
Harlem Jazz Club– Live music that might include funk, flamenco, Cuban jazz, and everything in between. More tourists than locals, but the music makes it worth your while. 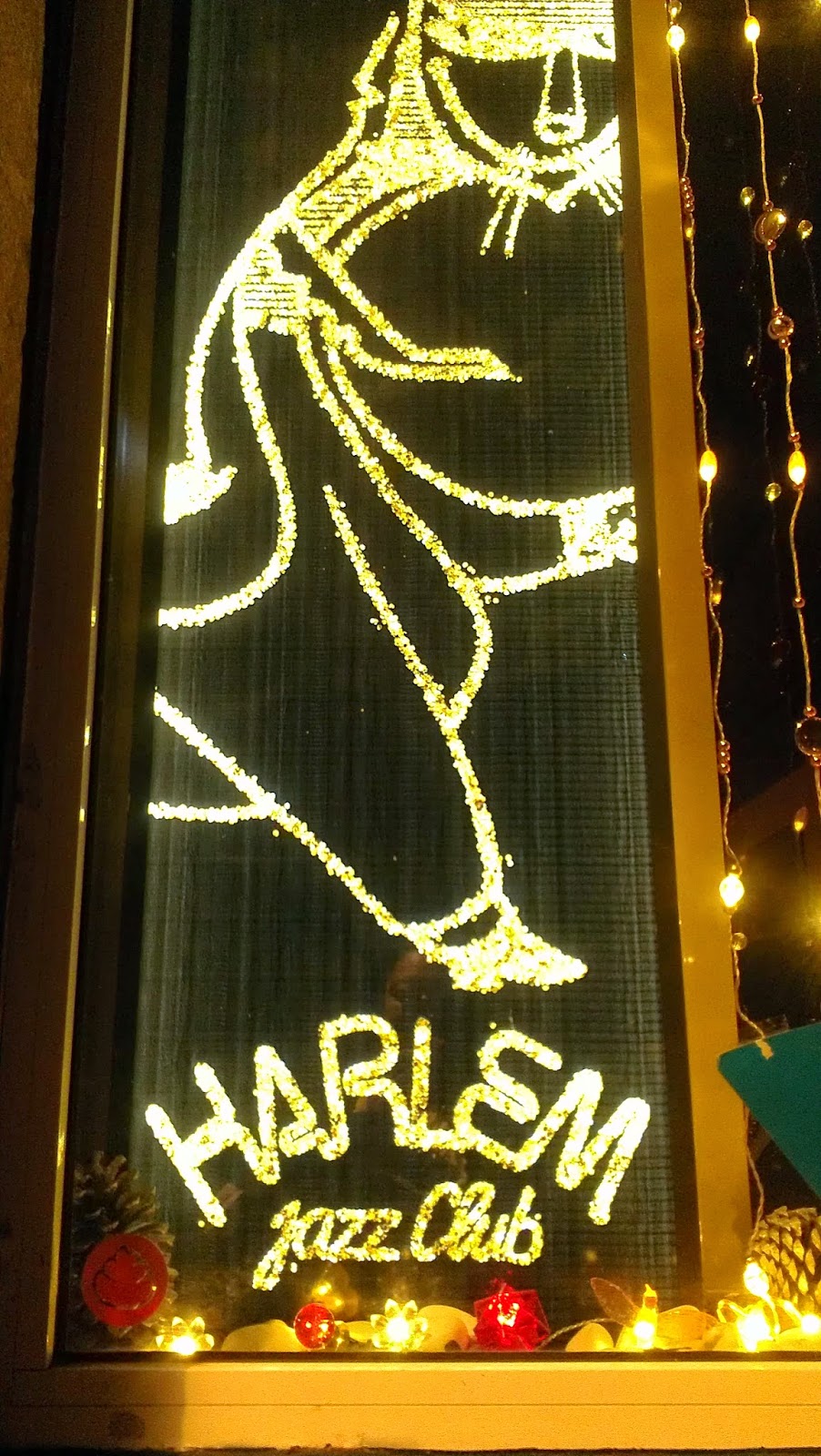 Plaça Reial– Just off La Rambla, this well-known plaza is a good place to go for late night hanging, after you’ve finished dinner and clubbing elsewhere and you want to watch (or act like) a drunken Spaniard or Catalan.

How to Do Barcelona: Where to Stay

L’Eixample – The L’Eixample neighborhood is fairly centrally located and you can find some good bargains on vacation rentals or homestays in this part of town. However, it’s also a pretty big area, so where you choose to stay in L’Eixample can make a big difference as far as walkability to points of interest is concerned.
Where I’ve Stayed in L’Eixample: Airbnb room near Passeig de Graciaand Hostalet Barcelona
Las Ramblas – On my first few visits to Barcelona, I avoided staying here because I didn’t want to be smack dab in the middle of all of the hustle and bustle that is Las Ramblas. But the one time I did stay here, it was quite nice to be able to quickly get back to the flat after a typical late night out without having to worry about catching the last train or possibly walking a really long way after the metro had shut down for the night.
Where I’ve Stayed in Las Ramblas: Airbnb Room with Private Lounge
Near Park Güell – If you’d prefer to be able to retire from the noise and crowds in central Barcelona at the end of the day, staying near Park Güell is a good idea. But – and I stress this caveat – be absolutelysure that you’re willing to tackle the very steep, very long incline that leads up to this area, especially if you plan on staying out late – I (and my hamstrings) learned this the hard way.  Depending on your fitness level, it can be a beast going and coming.
Note: Unfortunately, the very affordable housetrip.com room I stayed in is no longer available.

How to Do Barcelona: Beware of Pickpockets

Before my first trip to Barcelona, I’d heard so many stories about how bad and rampant pickpocketing was, that I was definitely on high alert. I actually even saw a foiled pickpocketing attempt occur right in front of me on the metro during my first visit. But, honestly, a little common sense and street smarts will go a long way and keep you from becoming a victim. Walk confidently with your head up (not staring at a tourist guide or map), make eye contact with too-close strangers, and always keep a hand on your personal belongings (tip: go for a crossover-style bag versus a backpack), and you’ll be fine. Especially if you’re used to travelling in large metropolitan cities like New York or Chicago.
Other Barcelona blogs and resources:
Resident Advisor – I’m a big fan of soulful house music and there’s usually some place to get my fix in Barna. RA keeps an up-to-date listing of weekly  and special events for house heads.
Interactive Map of Barcelona City Center
Planning a visit to Barcelona or other Spanish cities? Check out: 7 Things You Must See in Every Spanish City for a quick and dirty guide on sightseeing in Spain.
What are your favorite ways to do Barcelona? Any tips on places to see or avoid? Leave ’em in the comments!
Subscribe to Solo in Spain to get the latest posts delivered to your email inbox or RSS reader.

4 thoughts on “how to do barcelona”