Ok. So technically, this isn’t a tapa. It’s a dessert. Or… maybe it’s a breakfast? No. wait. It’s a snack. Whatever it is, it’s still worth writing about, so here goes.

Remember Emilio? My knight in shining cardigan? Well, Emilio’s son, Angél offered to show me around town one day back when I was still figuring things out in Ciudad Real. After a delicious lunch (more on that in a separate post), Angél suggested that we have some churros and chocolate at one of the most popular churrerias in town.

And this is how I ended up at La Hormiga II.

This is also how I ended up learning that not all churros go by the same name. La Hormiga specializes in porras – a type of churro that is made in a large spiral shape which is later cut into smaller portions that can easily be dunked into a cup of warm, melted chocolate. These churros are different from the ones I usually enjoy in the snack bar at school, which are called churros en lazo or churros madrileños, and are formed into little loop shapes. Of course, both of these are different from the Mexican churros that I’m more familiar with from back home – that come in short, tube-like sections and are sprinkled with cinnamon sugar and sometimes filled with chocolate.

As we munched the light, crispy, fried treats and dipped them into the small cup of delicious chocolate that we ordered as an essential accompaniment, Angél and I discussed all of these differences. In the end, we decided that the only thing that mattered was how good you felt after eating a churro, whatever its name. 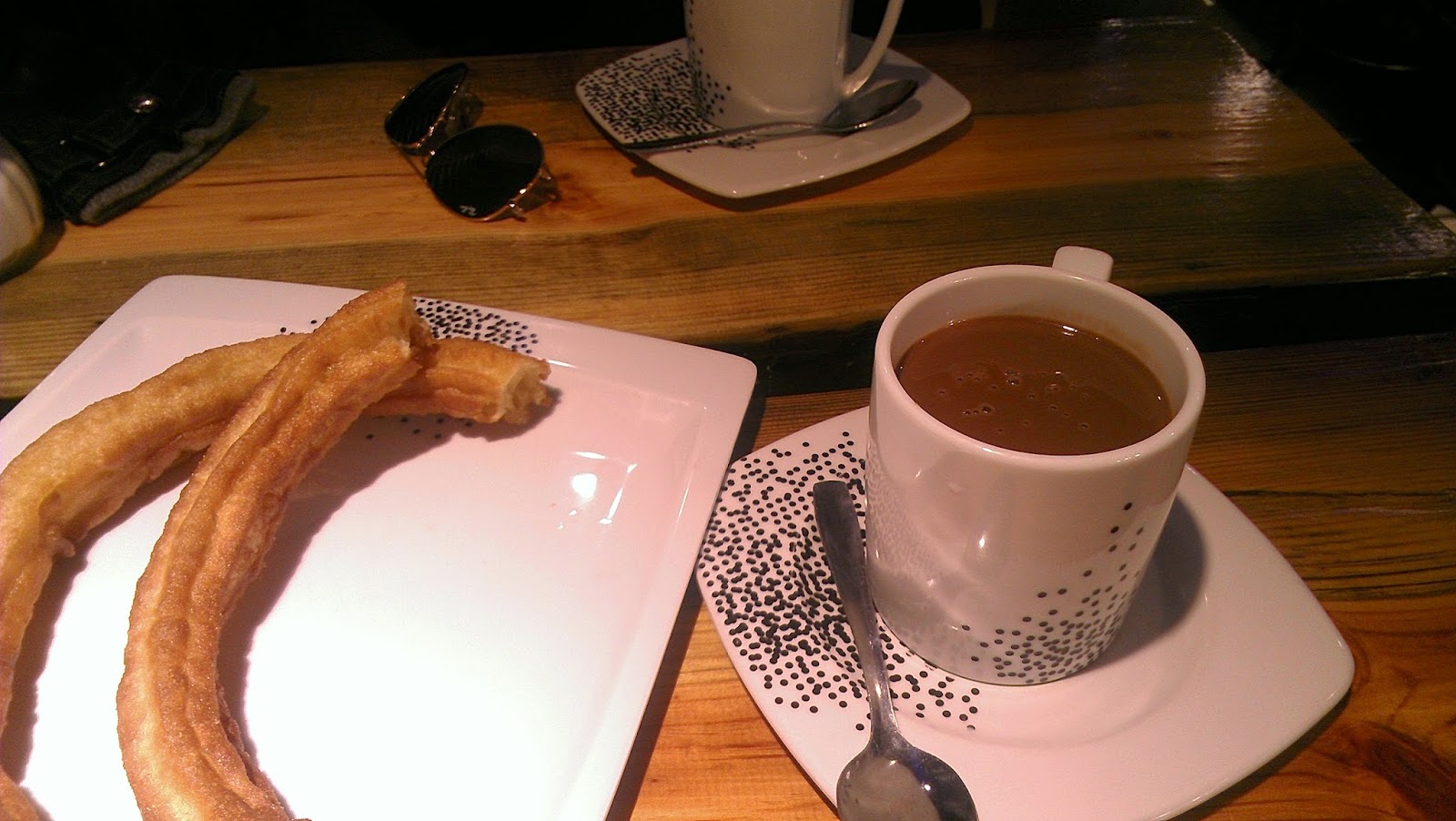 As you can see in this video about La Hormiga, there are more than a few tricks the restaurant uses in making the perfect churro con chocolate. Apparently, there’s also things other than chocolate that you can dip your churro in, as demonstrated at the end of the video.

My Rating:  Nice decor and service for a churreria. Good for an occasional visit to sate your sweet tooth.